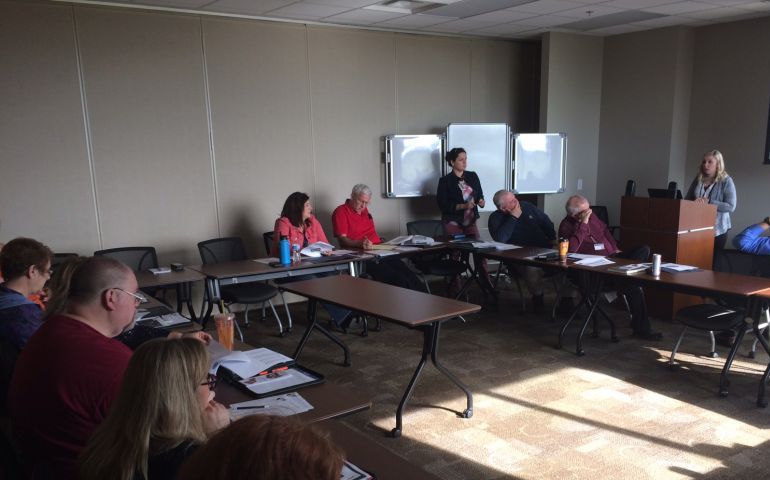 The Salvation Army’s Swoneky Division recently organized a presentation at the Southeast Ohio Emergency Management Association meeting.  The regional meeting was organized to hear more about The Salvation Army’s Emergency Disaster Services.  The request from directors was to communicate our disaster competencies, experiences, and to create a space for dialog.

The ongoing Ohio River flooding event currently impacting the division was on the top of the list of things to discuss.  The Swoneky EDS director explained The Salvation Army’s role in an emergency like a flood.  In addition, Swoneky's divisional disaster capabilities, its resources available to the region, and its current emergency efforts were also touched on.

The attendees also inquired about the recovery work of The Salvation Army in Puerto Rico.  The overall numbers associated with the Mass Care response were shared with the attendees, and they were shocked at the amount of materials The Salvation Army distributed.  In addition, it was shared that much of these same efforts and resources are available here in the states during an emergency, and that all they needed to do was request it from their local corps.

These continuing partner meetings are an effort that the Swoneky EDS Dept. has put together to connect our efforts with those of our government and private partners; to better fulfill the needs in the communities where we serve.