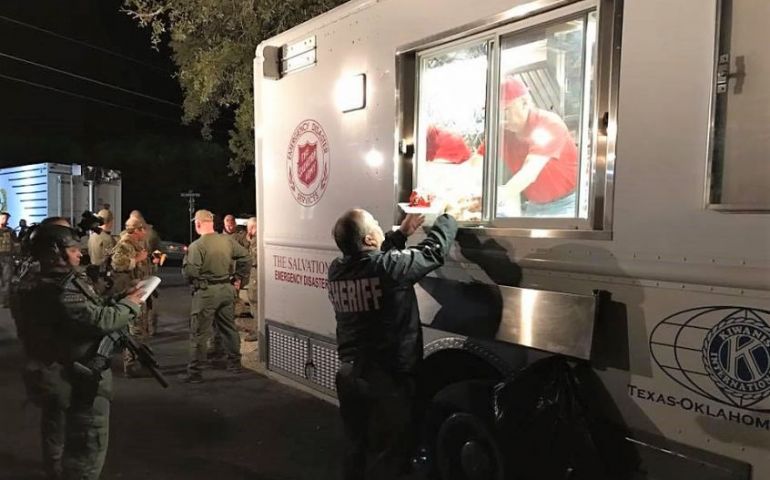 The Salvation Army deployed its mobile feeding unit to the scene in Northwest San Antonio on Wednesday afternoon where they began providing snacks, water, coffee and energy drinks to officers from agencies including the Bexar County Sheriff’s Office and Texas Department of Public Safety troopers, Texas Rangers and SWAT team members.

Officers and emergency management officials put in long hours at the scene and frequently expressed their appreciation for The Salvation Army’s presence citing the relief efforts as just what they needed to give them a boost to carry on their duties.

As of Friday morning The Salvation Army has served 264 hot meals, 316 bottles of water, 120 bottles of Gatorade, 84 energy drinks and more than 900 snacks.