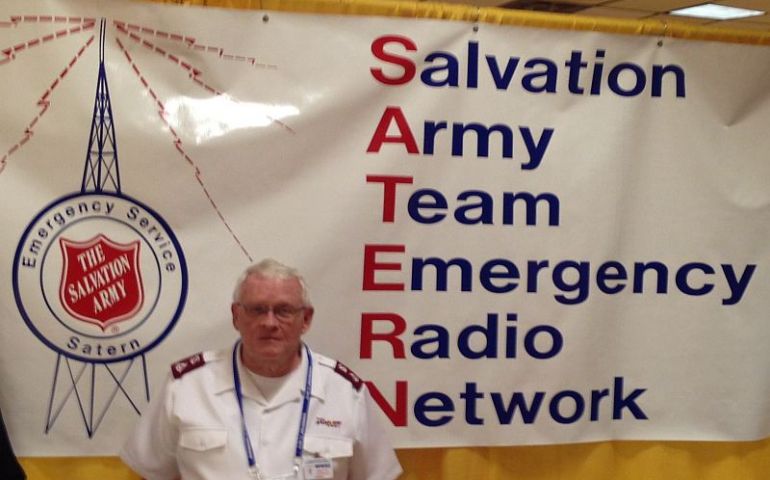 Although WW9E is the official call sign for National Headquarters, it is also likely that it will be available to be used for certain very select special events.  The National SATERN Committee is discussing how that process will work.

Maj. McPherson created SATERN in 1988 to support The Salvation Army with emergency and auxiliary communications, primarily during disasters.  Thirty years later it had grown from just 4 people to nearly 4,500 registered members from all over the world.  His call sign, WW9E, was well known not only within SATERN but throughout much of Amateur Radio in the United States and internationally. Maj. McPherson was also well known in the government and non-profit emergency management and emergency communications communities including FEMA, the DHS Office of Emergency Communications, the American Radio Relay League (ARRL), the International Amateur Radio Union (IARU) and National VOAD (Voluntary Organizations Active in Disaster).

Maj. McPherson was posthumously presented the prestigious Certificate in Recognition of Exceptional Service by The Salvation Army for having founded and developed SATERN.  Although originally intended to be presented at the 2016 Dayton Hamvention, the award was presented to his family at his home Corps in Benton Harbor, MI, shortly after his passing.  The award is presented by the National Commander of The Salvation Army to individuals who “are considered to be outstanding and distinguished by an unusual or significant achievement in or for The Salvation Army.  They must be a person of high moral character and integrity who has demonstrated a compassionate response to human need.”

National SATERN Liaison Bill Feist (WB8BZH) said, “SATERN is very grateful that Maj. Carmella McPherson (KB9YSQ) has granted permission for SATERN to use her late husband’s call sign WW9E as the call sign for The Salvation Army USA National Headquarters.  Maj. Pat was deeply loved by everyone in SATERN and well respected by the amateur radio, emergency management and emergency communications communities.  This will be a very fitting and lasting memorial to his contribution to all of these communities and the people in those communities whom he served so well and faithfully for his entire career.”