As Mandatory Evacuations Begin, The Salvation Army Sets Up In Santa Barbara 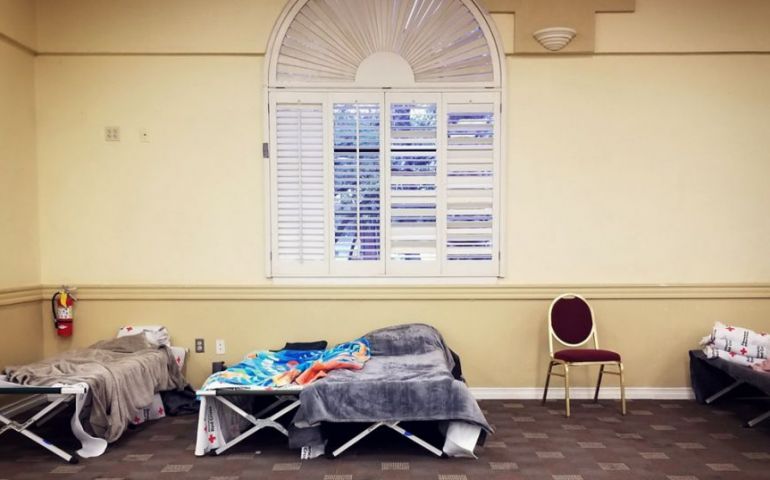 Santa Barbara, CA, March 21, 2018 – With heavy rains expected for the next few days, local authorities have issued a mandatory evacuation order within Santa Barbara County, in anticipation of mudslides and flash floods. The area, still reeling from damage caused by the wildfires and mudslides of the last few months, is especially vulnerable to the incoming storm. Evacuees have begun to head to the American Red Cross shelter in Santa Barbara, where The Salvation Army Santa Barbara Corps is beginning to provide food services in this early stage.

On Tuesday night, approximately 32 people stayed overnight at the Santa Barbara evacuation shelter at Earl Warren Showgrounds (3400 Calle Real, Santa Barbara, CA 93105). On Wednesday, as rains poured across the city, 40 to 50 individuals were served by The Salvation Army for lunch & dinner. In addition to meals and snacks, The Salvation Army Officers are also providing spiritual ministry and comfort to those in need. Many of the evacuees found themselves in familiar territory as a natural disaster once again threatened their homes and stability.

“It’s not normal for me,” said Perla Marie Rubalcaba a native Santa Barbara resident. “This doesn’t happen to such a beautiful place, this has never happened to my home.”

“I’m just praying I have a place to go back to,” said Wendy Houle, a Ventura resident who lost her apartment during the Thomas Fire. She arrived at the evacuation shelter in the afternoon as the shelter was beginning to lay out cots, with a sense of urgency as a result of her earlier experience. “I already lost my apartment, and If I lose this little studio, I don’t know.”

The recent history of the area looms large as responders and evacuees alike wait and see what the worst of the rains will bring by Friday. The Salvation Army Santa Barbara Corps is scheduled to continue providing meals in Santa Barbara on Thursday, and will be monitoring the situation as it evolves.