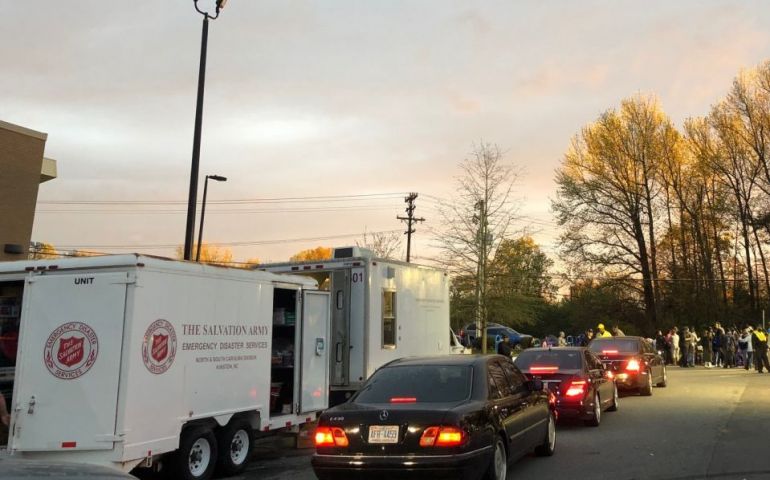 Greensboro, N.C. (April 20, 2018) – The city of Greensboro, North Carolina is still cleaning up from the tornado that touched down in multiple locations on Sunday, April 15. More than 320 structures were damaged in the storm; more than half of the structures were destroyed or sustained major damage. The Salvation Army of Greensboro continues outreach with meals and emotional and spiritual care support, and standing by to address the unmet needs of the community.

“There is great need of help for the affected families and the community is responding in a wonderful way with resources,” said Major Don Vick of The Salvation Army of Greensboro. “The Salvation Army is coordinating with local government officials to ensure quick and effective service to our hurting neighbors.”

The Salvation Army has served more than 1,300 meals, 1,600 drinks, and has provided emotional and spiritual care to twelve people. The Salvation Army is working with government officials as well as other partners to coordinate additional service.