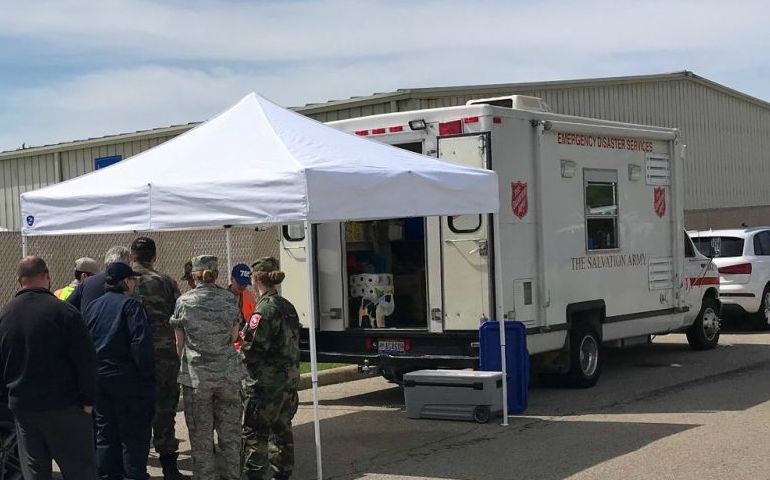 The regional team consists of Civil Air Patrol members from Indiana, Ohio, and Kentucky.  Since Civil Air Patrol’s formation during the earliest days of World War II, this organization of citizen Airmen has been committed to service to America. The Civil Air Patrol CAP has evolved into a premier public service organization that still carries out emergency service missions when needed — in the air and on the ground.

The EDS team out of Cincinnati served around 150 CAP volunteers’ lunch and supper as they worked on the search and rescue exercise. Major Bob Klenk advised “The exercise helped train the volunteers in responding to various types of emergencies, using communication, map reading, wilderness skills and observational methods and skills.”