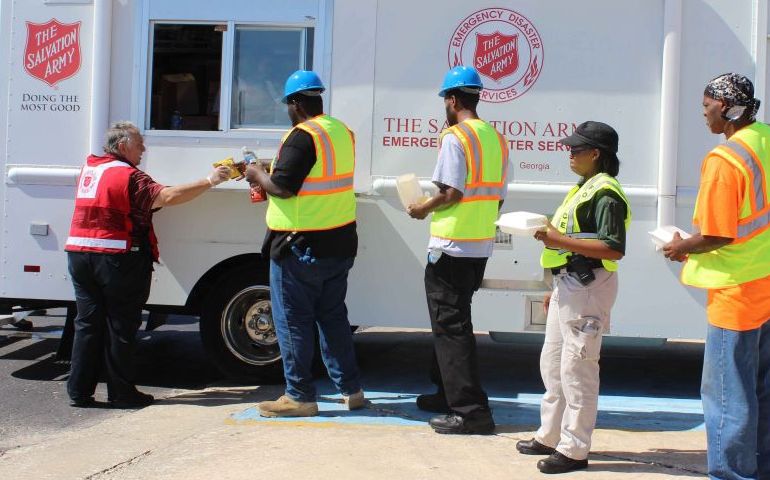 The Salvation Army continues to provide food, hydration and spiritual and emotional care to responders and military officials on scene in Savannah, Georgia where a WC-130 military cargo plane crashed Wednesday afternoon, killing all nine people aboard.

The Salvation Army Savannah Corps canteen (mobile feeding unit) on scene has served approximately 600 meals a day non-stop since Wednesday. To help in the response effort, local businesses were quick to partner with The Salvation Army.

“The outpouring from the community has been tremendous and many local business have graciously donated various food, snacks, drinks and other supplies to responders through The Salvation Army,” said Major Philip Swyers, presiding officer for The Salvation Army in Savannah.

The WC-130 was flying from Savannah to Tucson, Arizona, when it crashed. According to reports, the plane was at least 50 years old and was flying to Arizona to be decommissioned. It was used last year during Hurricane Irma to rescue US citizens from the British Virgin Islands.

The cause of the crash is under investigation by the National Guard Bureau and the Air Force. It is unknown how long the investigation will take to complete.

“Prayers continue to go out to the families of all on board the plane and those impacted by this tragic event,” said Major Swyers. “The Salvation Army is here on scene, and will continue to provide help and hope for as long as is needed.”