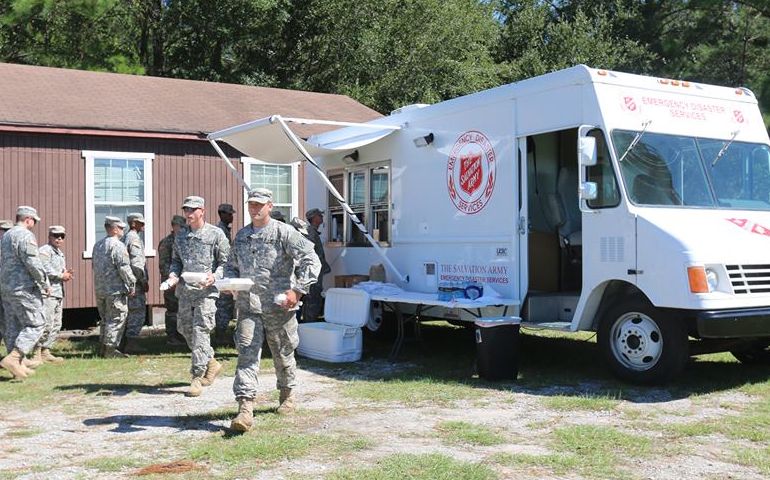 Savannah, GA - As military investigators continue to seek the cause of the crash of an aging C-130 cargo plane in Savannah, Georgia, The Salvation Army of Georgia has been on site since day-one providing food, drinks, snacks and emotional and spiritual care to responders and military officials.

Saturday, The Salvation Army sent their Elberton, Georgia canteen, complete with a crew of six Emergency Disaster Services trained volunteers, to help in response relief at the crash site. The Salvation Army of Georgia’s Elberton team relieves the Savannah Corps canteen team, which has served meals non-stop since the plane crash occurred last Wednesday. An SUV will provide additional mobile support for the Elberton canteen delivering food, snacks and drinks wherever needed.

"It’s pretty somber being this close to the actual crash site, because you really start thinking about what happened. But serving people in their time of need is what we do at The Salvation Army, whether it's giving a bottle of water, feeding people or offering encouraging prayer and spiritual or emotional support," said Linda James, Business Director of The Salvation Army of Savannah

“We see how the community is affected by this tragedy - the sorrow and pain, and we grieve with them,” said Major Swyers, presiding officer at the Salvation Army in Savannah. “We are here to help the responders and the community in whatever capacity is needed, for as long as needed.”