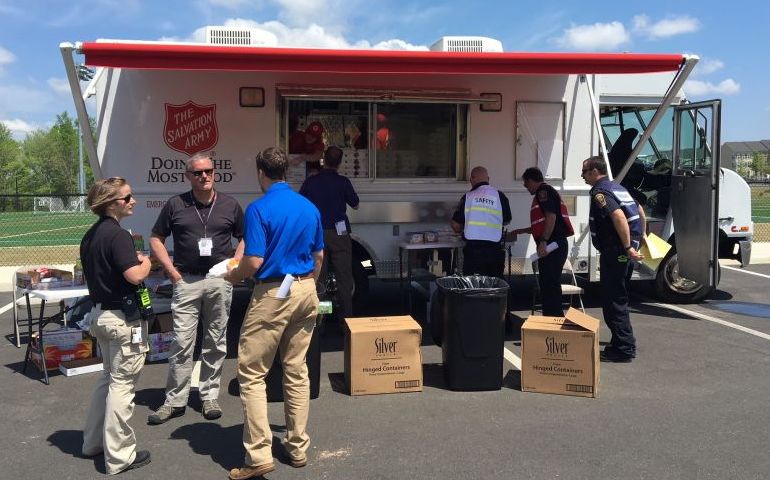 Volunteers and a mobile feeding unit from the National Capital Area Command were deployed to the annual Virginia Emergency Support Team Exercise (VESTEX) in Stafford County, Virginia, yesterday. According to the Virginia Department of Emergency Management, the exercise is intended to prepare the Commonwealth of Virginia for potential threats by measuring current capabilities, policies, and procedures against the requirement to properly mitigate, respond to, and recover from man-made and natural disasters.

According to the 2017 report, the exercise seeks to capture areas of strength and improvement that will be used to improve state, local, and regional response plans, policies, and procedures and develop future training and exercise efforts in Virginia.