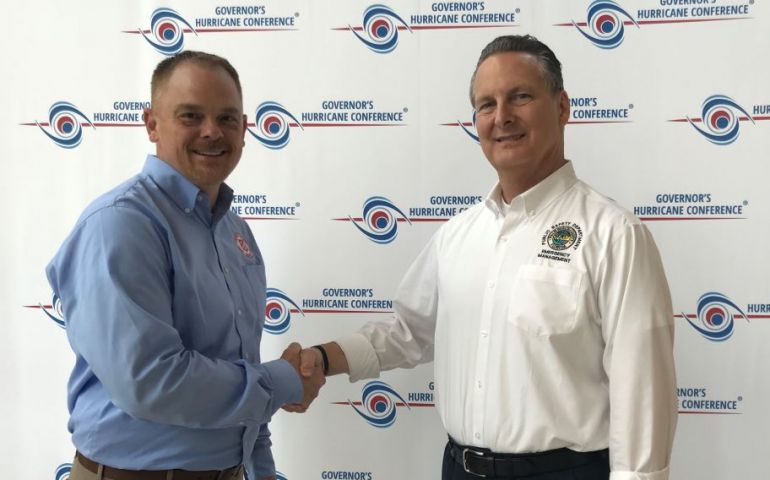 West Palm Beach, FL - Mr. Kevin Smith, State Director of Emergency Disaster Services for The Salvation Army, and resident of Land O’ Lakes will be honored this week at the Florida Governor’s Hurricane Conference (GHC) with the Distinguished Service award.

According to the GHC conference website, this award is given “to an individual or organization that has made cumulative outstanding contributions to some aspect of hurricane preparedness, response, recovery, mitigation or research in the State of Florida.”  Mr. Smith has worked within the emergency management profession for twenty-two years, twenty of which have been with The Salvation Army.  His disaster experiences range from the ValuJet  plane crash in the Florida everglades in 1996 to most recently leading The Salvation Army's initial response to Hurricane Harvey in Houston and then returning to Florida to lead the organization's response and recovery efforts to Hurricane Irma.

Mr. Smith’s dedication to serving survivors of disasters and caring for emergency responders extends beyond Florida with disaster deployments across the United States and the Caribbean.  He served as the Deputy Incident Commander in New York City following the terrorism attacks of September 11, 2001 and as The Salvation Army's United Nations Liaison in Port Au Prince, Haiti following the devastating earthquake of 2010.

Mr. Smith's distinguished service includes building the capability of non-profits and government emergency management at the local, state and federal levels.   The Salvation Army is proud to stand with the Florida Governor’s Hurricane Conference in recognizing Mr. Smith with this prestigious award.