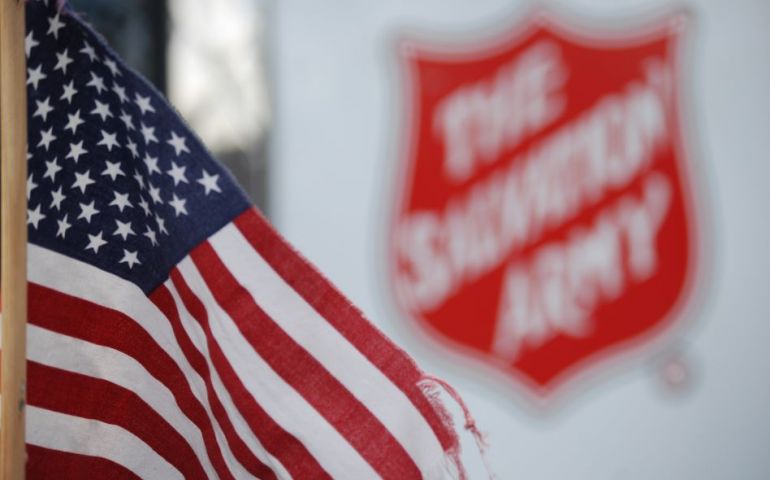 Update on Long-Term Recovery Efforts for Hurricanes Harvey and Irma

Atlanta, GA – Friday, June 1, marks the official start of the 2018 Hurricane season. The Salvation Army stands ready to serve if needed. Mobile feeding units are in place to respond and serve first responders and disaster survivors at a moment’s notice.  Trained disaster workers and volunteers are prepared to provide physical, emotional and spiritual support.

During the devastating 2017 hurricane season, The Salvation Army responded with one of the largest disaster relief operations in its history, second only to Hurricane Katrina in 2005.  In response to Hurricanes Harvey and Irma, The Salvation Army’s Southern Territory and Emergency Disaster Services (EDS) teams from across the United States and Canada deployed to Texas, Florida and Georgia, providing food, hydration, and emotional and spiritual care to survivors and first responders.

On August 24, 2017, The Salvation Army began deploying resources in response to Hurricane Harvey’s devastation and continued to offer meals, beverages and bulk items such as food boxes and clean-up kits across thirty-five Texas counties affected by the storm and to evacuees across the state and region. At the peak of the disaster response, The Salvation Army served over 900,000 meals from 96 mobile feeding units.

The Salvation Army continues to support the hardest hit areas of Texas by assisting individuals and families on the long road to recovery.  Through the work of a robust team of caseworkers, The Salvation Army has been able to help more than 16,000 clients and provide over $6 million in direct assistance to date.  Establishing partnerships with local community advocacy groups and churches have extended the reach of The Salvation Army’s ability to give assistance and needed supplies especially to those historically underserved and families in rural communities.

The Salvation Army also continues to distribute products donated by individuals and corporations, receiving in-kind gifts at its disaster warehouse in Arlington, Texas. These goods are sorted and disseminated to eight distribution locations in the affected area to make items available to people in need. Nearly $5 million worth of goods has been distributed to date.

Preparations for the response to Hurricane Irma began before the storm made landfall by pre-staging mobile feeding units, other resources and aiding evacuees.  Once the storm had passed, 101 mobile feeding units were deployed during the response phase to provide over 375,000 meals to first responders and survivors throughout south and western Florida, including the Florida Keys and the coastal areas of South Georgia.

In Florida and Georgia, The Salvation Army provided:

The Salvation Army’s long-term recovery efforts continue in Florida where the charity is operating Disaster Assistance Centers in Naples and Ft. Meyers where disaster survivors can receive help navigating local, state, and federal assistance programs available to rebuild homes.  These centers also provide financial assistance, vouchers and various items such as toiletries, household supplies, water, and food to survivors.  Several long-term recovery initiatives are set to begin, including a multi-state partnership with The Home Depot to purchase building materials to provide building assistance.

The Salvation Army of Georgia is committed to sustaining long-term recovery efforts throughout the state in cooperation with partner agencies. Six disaster case workers have been hired and trained to reach out to those in Georgia impacted by the hurricanes. To date, these disaster case workers have closed 63 Hurricane Irma related cases and are working on another 63 cases. In addition, both the Georgia and Florida Division continue to provide support to evacuees from Hurricane Maria who have relocated from Puerto Rico, the U.S. Virgin Islands, and other areas of the Caribbean.

As the 2018 hurricane season begins, The Salvation Army reminds everyone to be prepared.  A single storm can cause catastrophic damage and even a relatively weak storm can bring tremendous rain and cause life-threatening flooding.  Now is the time for families to develop a family disaster plan, to collect a kit of essential emergency supplies, and if you live in an area likely to be evacuated, to develop an evacuation plan and consider where you will relocate to and how.