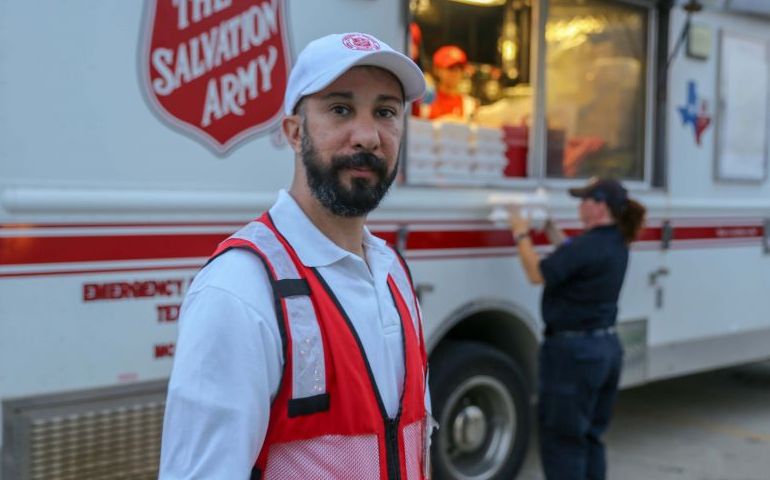 Dallas, TX  - The Salvation Army of McAllen serving Hidalgo County is responding to major flooding in South Texas. According to the National Weather Service up to 15 inches of rain have fallen particularly in Donna and Weslaco, TX.

The Salvation Army will be providing meals, water, and emotional and spiritual care at two temporary American Red Cross shelters in Donna and Weslaco. Additionally, The Salvation Army of McAllen has been asked to provide shelter to those affected by the flooding and is offering after-hours intake for individuals or families who have been displaced due to the rising waters.

“The Salvation Army has been faithfully serving Hidalgo County since 1931, and we stand ready to serve in times of disaster,” said Captain Stephen Correira, Commanding Officer of The Salvation Army of McAllen.

The Salvation Army Emergency Disaster Services of Texas is dispatching a truck filled with feeding supplies, water, and clean-up kits in support of the relief efforts in Weslaco and surrounding towns.

Financial contributions are needed to support relief efforts. If you would like to help, visit www.salvationarmyusa.org or call 1-800-SAL-ARMY. Monetary donations allow The Salvation Army the flexibility to quickly and efficiently meet the immediate needs of disaster survivors without incurring many of the costs associated with sorting, packaging, transporting and distributing donated goods.