Salvation Army Williamsburg on the Scene of Helicopter Crash and Fire 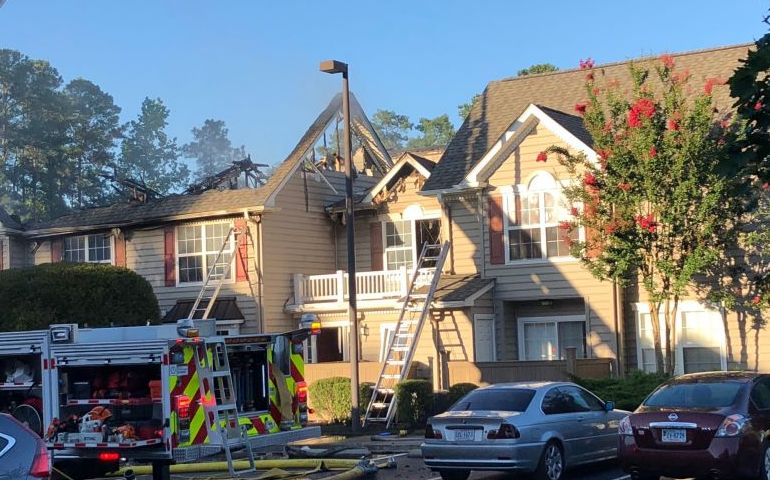 A townhome community adjacent to the College of William & Mary in Williamsburg, Virginia, was the scene of a helicopter crash that killed at least one person and resulted in a fire on Sunday afternoon just before 4:45 p.m.

The accident scene is just about 100 yards from the new building for The Salvation Army of Williamsburg. Corps officers, Lieutenants Jeremy and Whitney Lind provided bottled water, snacks, and spiritual care to the first responders, townhome residents, and neighbors. The Corps also offered the use of their parking lot to first responders and displaced residents. As the investigation continues into the cause of the crash that took the life of the helicopter pilot, the Corps will continue to monitor the scene and offer needed support.