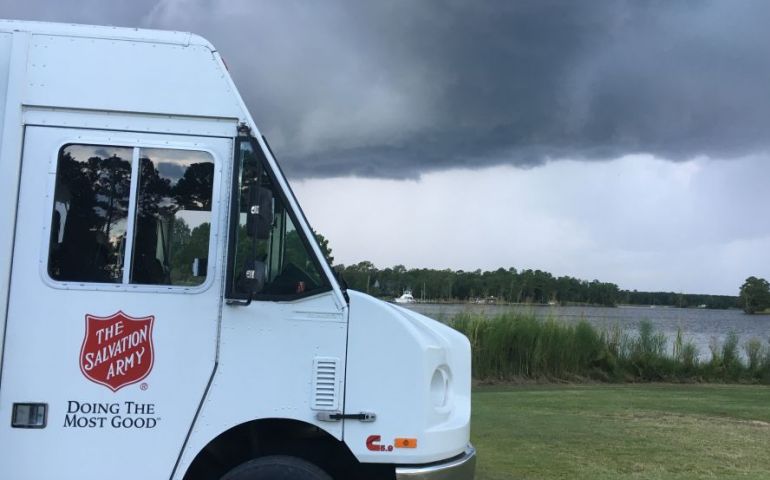 In coordination with Beaufort County Emergency Management, the canteen and crew deployed to the Incident Command Post to provide hydration, snacks, meals and emotional & spiritual care to responding personnel. More than 90 meals were served for lunch and dinner on Saturday. Service was suspended early Sunday morning when the couple was found deceased.

“While The Salvation Army has been honored to provide service to the community, our prayers are with the family and friends as they grieve together, and for the teams involved in the search,” said Lt. Karl Bush of The Salvation Army of Washington, N.C.

The Salvation Army of Washington serves a six-county area in eastern North Carolina providing physical, emotional, and spiritual care to the community.