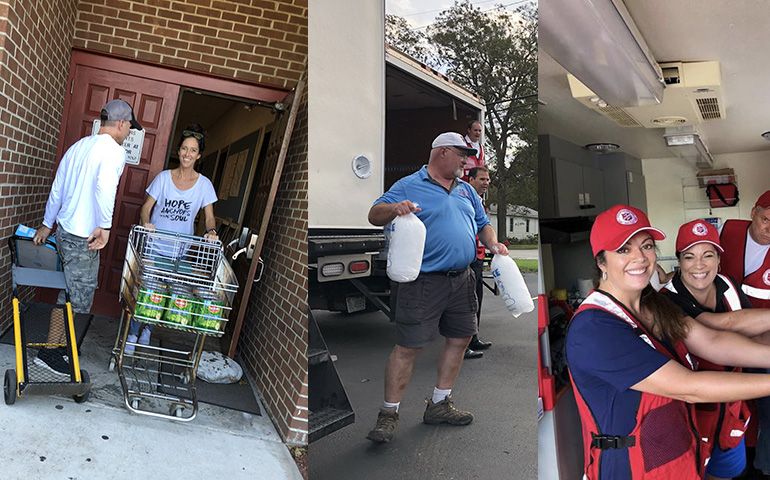 Washington, NC (September 20, 2018) -- “We need more cutlery.” “We could use a box of clam shells.” “Anyone have extra box of condiments?” These are the three C’s of The Salvation Army mobile feeding units, also known as “canteens.” (Yet another “C.”)

As hot food, snacks, and water is packed onto the canteens, supplies such as these are a necessity. In response to Hurricane Florence, the Army has served drinks and snacks, provided shelter and emotional and spiritual care, and more than 80,000 meals. That’s a lot of cutlery, clam shells, and condiments! And for those of you unaware, those are plastic forks, knives and spoons, foam food containers, and packages of ketchup and mustard.

But there is one more essential “C” that comes into play when The Salvation Amy responds: Community. With more than 7,600 centers of operation in the U.S., The Salvation Army is uniquely positioned to support survivors of wide-scale disasters because they’re often first on the scene, and stay until the need is met.

As The Salvation Army of Washington, North Carolina, monitored reports of the approaching storm last week, calls began coming in to offer assistance.

As the floodwaters begin to subside in the areas hardest hit by Hurricane Florence, with the help of generous contributions, The Salvation Army can meet the immediate needs of communities.