Volunteers: The Army Behind The Army 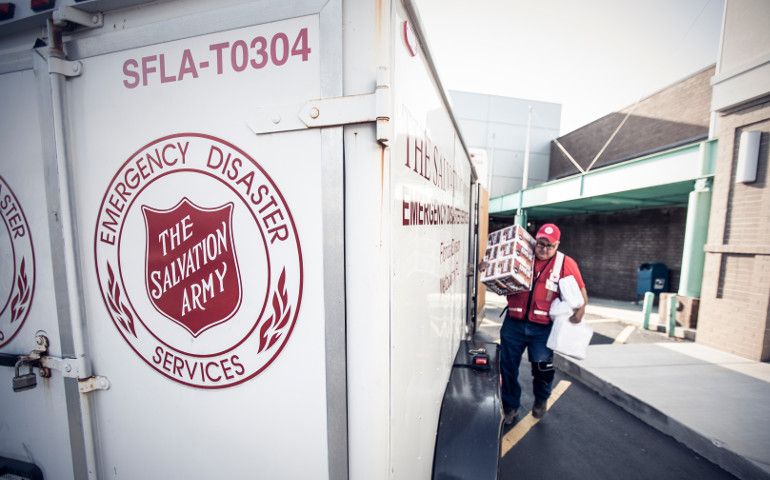 GEORGETOWN, SC (September 25, 2018) -- It was a call from a friend eighteen years ago that got 83 year-young Louise Walters involved with The Salvation Army of Georgetown, South Carolina. It seems the Corps in Georgetown had an opening on their board and her friend thought Louise would be a great fit.

It didn’t take much convincing, though. “I like The Salvation Army,” Louise says spryly, “They do a lot of good work.”

Louise grew up in Fordland, Missouri. Don’t worry if you haven’t heard of it. “It’s a small town,” says Walters, “We only had 302 people in the whole town.” Fordland may be a small town, but not far down the road was Fordland Air Force Station, where Louise met her husband.

“We could not do what we do without our wonderful volunteers like Louise,” says Major Melissa Scott, Corps officer at the Georgetown, S.C. Corps, “Through the skills and experience they bring to The Army, volunteers like Louise positively impact the lives of those they help. They change lives, uplift families and support communities throughout our nation every day.”

“I’ve volunteered for so many disasters, but 9-11 was something else,” says Walters. “I was there in December. We had some big tents right at the pit where the twin towers fell where we fed first responders and gave out drinks.”

The big tents were a refuge for those crawling and digging through the rubble in the cold, pouring-down December rain. They called the tent the Hard Hat Café. For those men and women working at ground zero, Louise and her fellow Salvation Army volunteers were a constant symbol of hope and help – a relief from the weariness of the tragedy they faced and struggled with each day. Anything and anyone that came out of the pit had to pass by Louise and her fellow volunteers review. And they never missed a chance to aid and encourage and lift those who passed by.

“Three of us Salvation Army volunteers even got our photo at the Hard Hat Café in Time Magazine,” Walters says proudly.

Louise Walters is hard at work helping people during Hurricane Florence, too. She is part of the combined Salvation Army relief effort that has served a combined 250,000 meals, drinks and snacks to date to those impacted by Hurricane Florence.