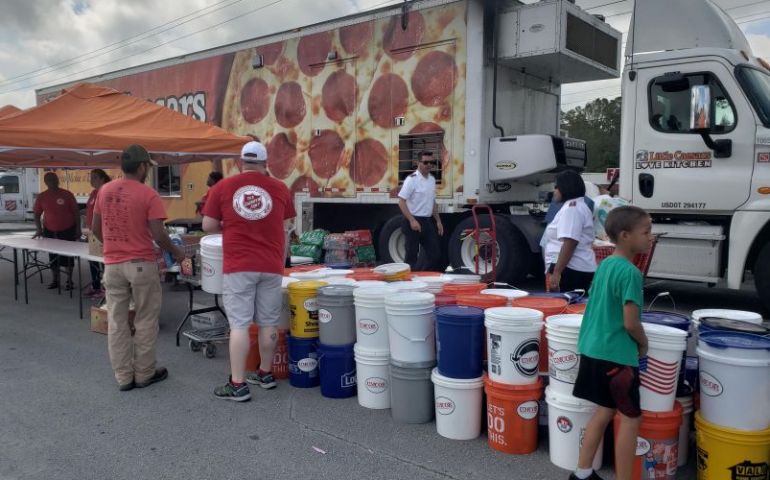 During the visit to New Bern, over 1,400 slices of pizza were served, and The Salvation Army handed out 360 clean-up kits, over 8,000 bottles of water, diapers, paper products and produce.   Also, 700 cans of Pepsi were given out. New Bern is the birthplace of Pepsi-Cola, which was invented in 1898 in the pharmacy of Caleb Bradham.

To The Salvation Army, the number standing out the most is the 1,479 individuals who were touched with emotional and spiritual care.  Those receiving prayer were so grateful to have someone pray over them and for them.  Many have lost their homes, possessions and some do not have work as so many businesses were destroyed.

The Salvation Army is grateful to Little Caesar’s for sharing their Love Kitchen with so many survivors in the Carolinas.