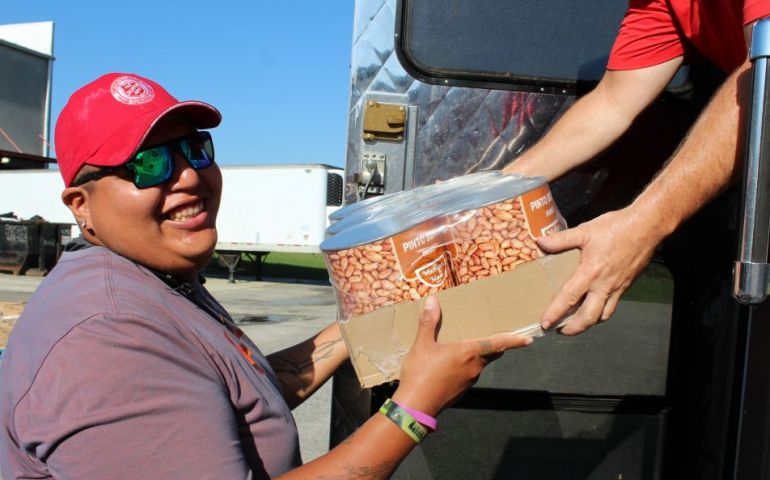 Florence, SC (October 3, 2018) His name is Bridger, Bridger HoldsTheEnemy. That’s what it translates as from the original Crow language. Bridger grew up on a reservation of the Crow Nation in Montana. His father passed away before he was born and his mother battled alcoholism after. For the first five years of his life, he shuttled among the homes of relatives and cared for a younger sibling. “I sort of had my childhood taken away,” as he describes it. Then he moved to a foster home with eight children. “It was the best home I could ever hope for.” He still calls his foster parents mom and dad.  When he turned seventeen he left for training as a missionary. But his early life issues followed. “I basically became my mom,” he says. He began an eleven-year struggle with addiction.

Four years ago he moved to Greenville, South Carolina with his girlfriend. He says, “That didn’t work out the way I hoped it would.” And his addiction worsened. “I was homeless or in jail for two years.”, he recalls. Bridger finally found his way to The Salvation Army of Greenville’s Corps Salvage and Rehabilitation Center, or CSRC. At the CSRC he received the counseling and treatment he needed to become sober. As part of his therapy, he worked with the facilities team at the Greenville Area Command. His hard work eventually led to a job at The Salvation Army Kroc Center in Greenville upon his graduation from the CSRC program.

So what does Bridger’s story of courage and perseverance have to do with The Salvation Army response to Hurricane Florence? For the past two weeks Bridger has been serving on the Greenville Mobile Feeding Unit, or canteen, in communities around Florence, SC, providing hot meals, drinks, and snacks each day for hundreds of storm and flood survivors. The work is hard and hot, the days are long. Bridger says, “I’d never pushed myself so hard physically without being high, but it’s totally worth it to be able to give help when I’ve gotten so much.”

With each meal he hands to a hungry flood survivor, Bridger HoldsTheEnemy embodies the biblical phrase from Acts; “In this way we must help the weak and remember the words of the Lord Jesus, how he himself said, ‘it is more blessed to give than to receive.’”