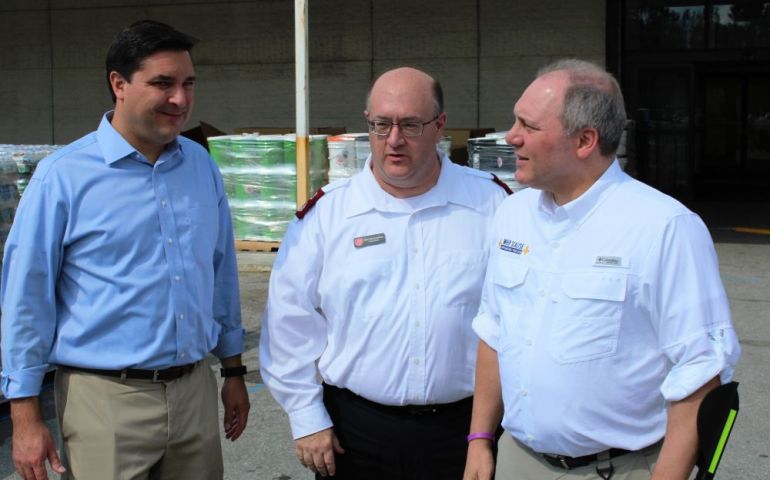 Rep. Scalise, whose home district was hit hard by Hurricane Katrina in 2005, visited Wilmington with Rep. Rouzer to personally observe recovery efforts and discuss what Congress can do to help. Both Congressman got a close look at the work of The Salvation Army, watching the distribution of food and water, cleanup kits, and clothing vouchers. The Representatives spoke with Wilmington Corps Officer Major Mark Craddock and Lt. Tim Israel, who has been deployed from Arlington, Texas to oversee the warehouse distribution efforts. Rep. Scalise Tweeted, “I saw firsthand the inspiring resolve of North Carolinians to rebuild even stronger.”

The Salvation Army continues to serve communities up and down the coast of North and South Carolina in the aftermath of Hurricane Florence and the devastating flooding that followed. More than 335,000 meals, over 15,000 food boxes, and nearly 10,000 cleanup kits have been distributed to survivors of the storm. As services transition from emergency to recovery, The Salvation Army will continue to meet needs as they are identified.