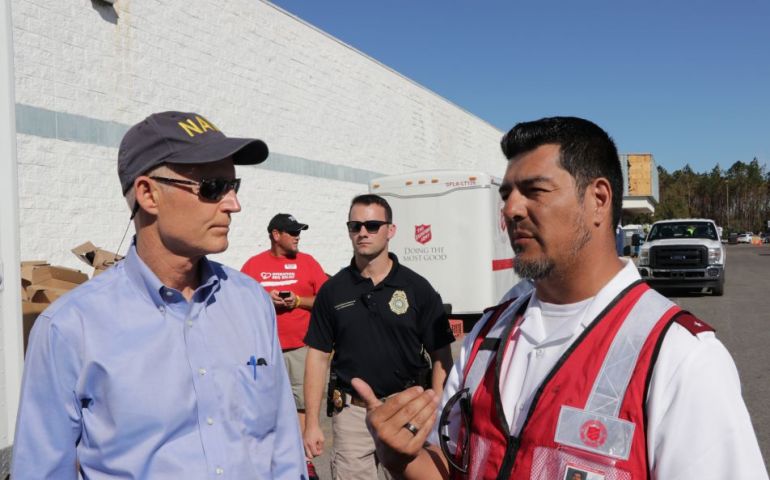 The Governor’s visit was a welcome sight for the hundreds of personnel who work at the hub each day, preparing more than 15,000 meals for distribution to Hurricane Michael survivors and responders.

Lieutenant Armando Acosta, The Salvation Army’s mobile feeding coordinator in Panama City, spoke at great length with Governor Scott describing in detail how the relief operation functions and acclaiming the effectiveness of working with the many great partners who make it possible to serve so many people in need.

The Governor had high commendation for The Salvation Army and its disaster response across the state saying, “You’re doing very important work in this community and we (the state of Florida) appreciate all that you do.”

The Salvation Army has been working closely with state and local emergency management throughout the Florida Panhandle and will continue to serve alongside responders to serve communities as they work to rebuild after Hurricane Michael.