The Salvation Army Continues Aid and Comfort in Tornado-Stricken Georgia 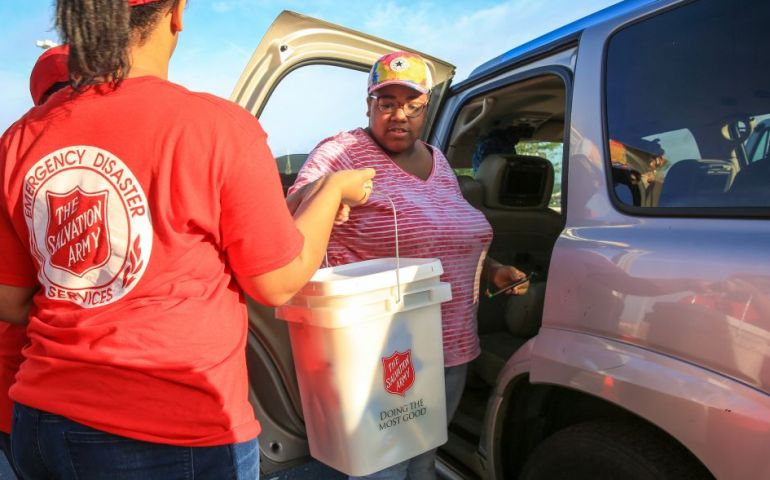 Columbus, GA (March 7, 2019) — The Salvation Army of Georgia continues to provide feeding services and spiritual and emotional care to those impacted by recent severe tornados that struck in and around the areas of Columbus and Cairo, Georgia last Sunday.

In Columbus, located in western part of the state just across the Alabama state line, The Salvation Army Columbus Corps has provided 800 meals and snacks to date throughout Talbot County, including serving lunch at a Red Cross Shelter where residents are gathered whose homes were severely damaged or destroyed. The Columbus canteen (a mobile feeding unit) continues to work closely with Red Cross units in delivering meals to affected areas throughout Talbot County.

“We continue to coordinate efforts with local and state authorities to ensure resources are deployed where and when they are needed most,” says Pastor Michael David, Shelter Manager for the Columbus Corps, who is coordinating on-scene efforts for The Salvation Army in Columbus.

In South Georgia, the Thomasville Corps has provided almost 700 meals and snacks to responders and residents impacted by the severe weather around the little town of Cario. The Thomasville Corps continues to provide lunch and dinner at a Red Cross Shelter in Grady County, as well as delivering meals throughout surrounding communities. A canteen from neighboring Bainbridge, Georgia, has joined forces with the Thomasville canteen to deliver meals throughout affected areas in Grady County.

“The Salvation Army is there before, during, and after the storm,” says Thomasville Corps officer Lt. Juan Reyes. “Rebuilding communities after a disaster takes time and partnership, and we will be here for as long as it takes.”

A welcomed addition to The Salvation Army services provided, clean-up kits are now being distributed to residents whose homes and businesses were affected by the devastating tornados that struck their Georgia communities.