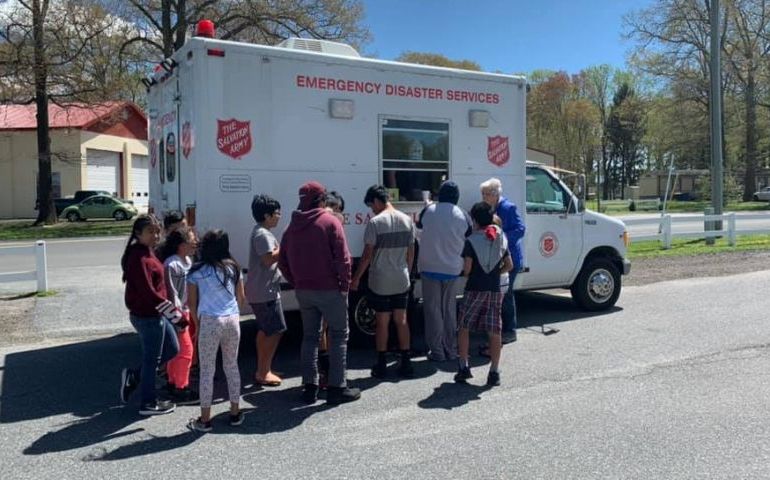 The National Weather Service confirmed an EF-2 tornado touched down in the community of Laurel, Delaware on Monday. The Salvation Army dispatched a canteen (mobile feeding unit) to the hardest hit neighborhood, where 25 homes were damaged or destroyed.  The team provided meals to impacted residents in that neighborhood and at a Red Cross shelter nearby. The Salvation Army is also offering emergency assistance to families in the affected area.

An EDS team also responded to an apartment complex in Dushore, Sullivan County, which is experiencing a power outage as a result of Monday’s storms. There are approximately 30 residents in the affected apartment community. The Salvation Army provided lunch and dinner on Tuesday to those impacted.