The Salvation Army Mobilizes for Flood Assistance in Texas 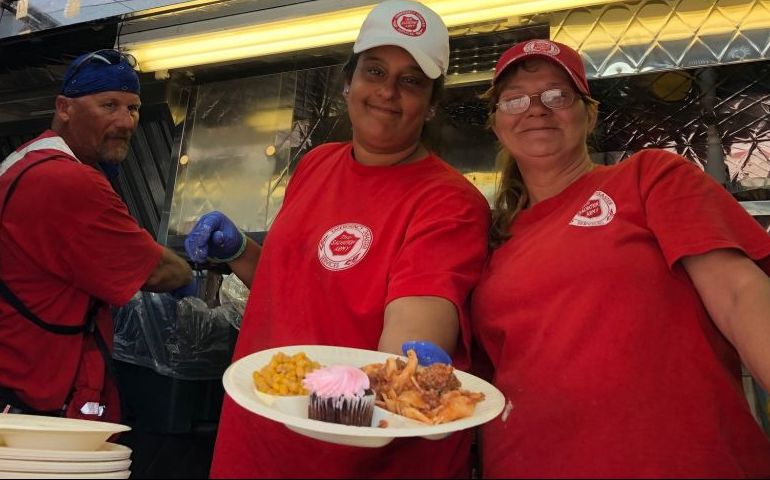 The Salvation Army Freeport Corps is responding to flooding across Brazoria County, Texas. Residents are still dealing with massive flooding after the area was drenched during last week's storms. “The County Emergency Manager asked us to be prepared to assist and we have our teams out providing a hot meal and a word of encouragement” stated Freeport Corps Officer Captain Justin Vincent. The Freeport Corps has expanded its normal community feeding programs to include those who are able to come to the Corps for their meals along with roving canteen services in other areas of the county.  Vincent added, “We have our shelter prepared to receive additional guests that are coming to us from the affected areas. Some homes have reported as much as 5'-6' of water”

Many of the residents are still recovering from  2016  river flooding when the Brazos River was reported at nearly 12 ft over its normal levels. "We see many weather related events across Texas this time of year and we are prepared to respond quickly when there is a need. We are in prayer for all the families that have been affected" " stated Divisional Disaster Services Director Alvin Migues.