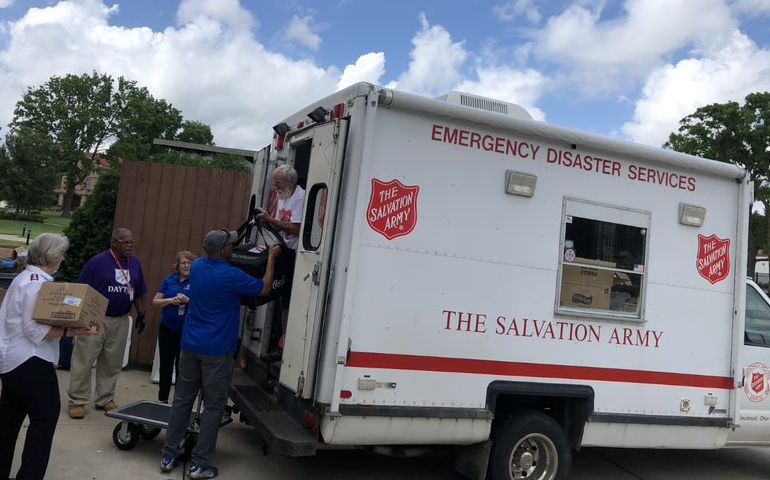 Operations continue in the Dayton Ohio region following this week’s deadly tornado outbreak that struck the state.  As they serve, volunteers continue to discover pockets of individuals who haven’t received assistance.

The Salvation Army’s food distribution continues via their mobile kitchens. Volunteers are continuing to reach into the hardest hits areas.  As roads throughout the region are being cleared, more pockets of individuals are being discovered and some have not been able to access any assistance. Based on the needs being observed by volunteers, additional resources are being distributed including, items for pets, candy for children, and laundry soap.

During Saturday’s distribution, an apartment complex was discovered that had been completely destroyed.  Residents were in the area with authorities and were given 2 hours to gather up what they could from their homes. As volunteers approached them with meals, they were met with hugs and tears. One survivor could not stop saying how glad they were to see The Salvation Army.