An Outpouring of Love and Kindness Pour into Kingwood, Texas After Imelda 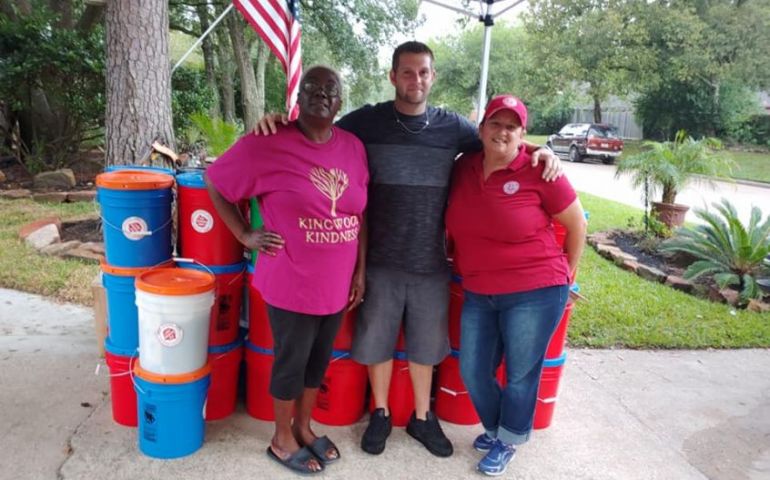 Houston, Texas (September 27, 2019) - After Hurricane Harvey, Richard Abram and his wife, Dawn Abram, 20-year Kingwood residents, joined the Facebook group, Flooding Kingwood With Kindness, and since then they have worked with the group to organize relief efforts to help neighbors after disasters.

The Abrams’ home was left underwater earlier this year in May after flooding, and now again by Imelda, but Richard refuses to not help his neighbors in need. He has organized a donation drive so large that he had to move it from his driveway to the Elm Grove Community Club Pool Center.

"I have neighbors worse off than I am," Richard said. "It's wrong for me to sit at home and do nothing. God has his own way of bringing people together. I'm seeing people that would have never spoken to each other before, cry in each others’ arms. When something like this happens you become aware of each other and you start seeing the other person."

Abram informed his network of friends and colleagues about his drive and has since received an outpouring of donations, love, and support. His mother was an activist, so he says doing good and being generous is in his blood. But, he stresses that this time isn't about one person, it is about a community banding together to help each other in their time of need.

"As a community, we're banding together to make things happen. It's an US thing, but we need all of the support we can get. I hope we continue to grow. I’ll find us an even bigger place if needed. People have lost everything."

Currently, The Salvation Army is still helping and providing support for as long as it is needed.

"It's never a no with The Salvation Army. It's let me see how I can help; how else can I help? They keep their word and I know we can rely on them to do what they say they will do."

For more information on The Salvation Army’s current disaster response efforts go to www.disaster.salvationarmyusa.org. To make a financial donation to support the ongoing relief work please got to www.helpsalvationarmy.org or call 1-800-SAL-ARMY.