The Walmart Foundation Grants $100,000 to The Salvation Army for Earthquake Relief in Puerto Rico 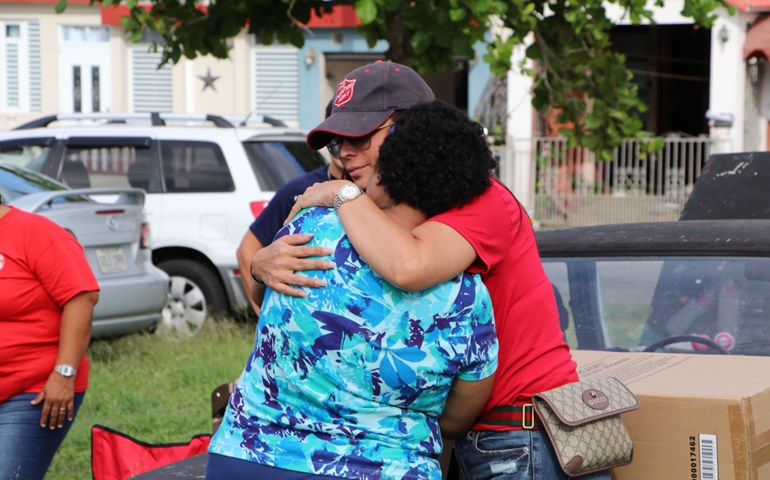 BENTONVILLE, Ark. – (January 16, 2020) The Walmart Foundation has generously granted The Salvation Army $100,000 in support of earthquake response efforts in Puerto Rico. The Salvation Army expects to use the funds for food, hydration, and sanitation resources, as well as to provide logistics support on the island for the delivery of resources.

Since 2017 the Walmart Foundation has provided more than $5.5 million to The Salvation Army’s disaster relief efforts throughout the United States.

“We are grateful for the Walmart Foundation’s continued support of our disaster relief efforts,” said Lt. Colonel Ward Matthews, national spokesperson for The Salvation Army. “With an increase of natural disasters in recent years, the support of our partners and the public is key to our ability to meet the vast need of food, hydration, shelter, emotional and spiritual care, and so much more.”

The Salvation Army provided disaster services to more than 800,000 people in the United States in 2018, according to its most recent national annual report. A significant portion of its disaster services footprint in the last two years has been in response to hurricanes Irma and Maria in Puerto Rico. The recent earthquakes are another challenge for communities still in recovery.

In Puerto Rico, The Salvation Army is also providing charging resources for cellphones, blankets and personal products. As with most disaster events, the public can make the greatest impact by giving monetarily: