The Salvation Army Prepares for Hurricane Delta Ahead of Landfall 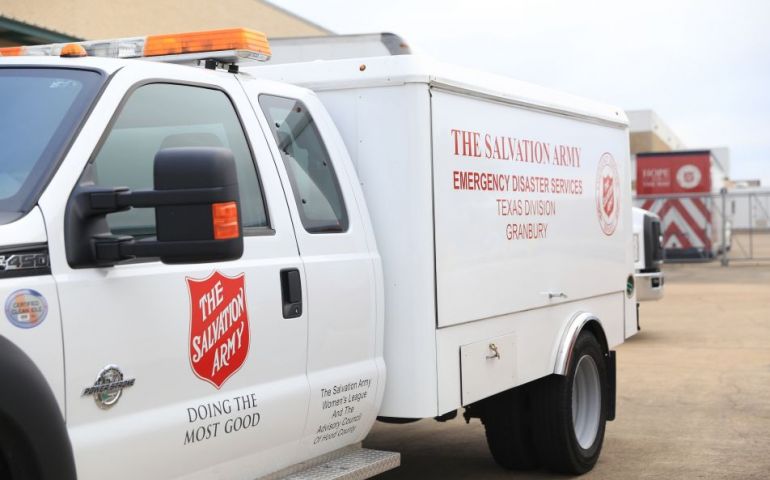 ALEXANDRIA, VA (October 8) — The Salvation Army is activating its Emergency Disaster Services to meet the immediate needs of survivors and first responders affected by Hurricane Delta and those still feeling the effects of Hurricanes Laura and Sally.

“This storm is heading toward an area of the country that has already seen so much destruction from hurricanes this year,” said Jeff Jellets, Emergency Disaster Services director for The Salvation Army’s Southern Territory. “The Salvation Army is still on the ground serving those affected by Laura and Sally, and we will continue to lend a hand for however long our services are needed after Delta makes landfall.”

Additional assistance will be provided by two-time GRAMMY Award winner and 2020 Billboard Music Award nominee Lauren Daigle as she teams up with The Salvation Army to provide relief to those in need in her home state. To help with relief efforts, Daigle will stream a benefit concert for those affected by Laura, Sally and now Delta on October 11 – the concert will be recorded at the historic Orpheum Theater in New Orleans, La. All proceeds from ticket sales will go directly to The Salvation Army and American Red Cross and their efforts to provide direct support, meals and shelter for those affected.

The Salvation Army’s Southern Territory is prepared for the most extreme effects of Hurricane Delta:

In the aftermath of Hurricanes Laura and Sally, The Salvation Army has continued to serve those impacted. In cities such as Lake Charles, La., and Pensacola, Fla., services and resources are still being provided to survivors and responders.

A digital media kit with B-roll, a fact sheet, photography and social media assets can be found here.

With more than 7,600 centers of operation in the U.S., The Salvation Army is uniquely positioned to support survivors of widescale disasters. The storm comes on the heels of a busy hurricane season, during which The Salvation Army has been meeting ongoing needs after Hurricanes Laura and Sally.

In addition to disaster relief, The Salvation Army has been providing social services to those impacted by COVID-19. Since the beginning of March, The Salvation Army has provided over 100 million meals to those suffering from food insecurity, emotional and spiritual care to over 857,000 people in need of a caring voice and listening ear, and more than 1.6 million nights of shelter for those without a place to call home.

In light of the pandemic, The Salvation Army has evolved service delivery with extra precautions such as social distancing at food distribution sites, adapted feeding models and updated personal protective equipment requirements.