The Salvation Army of Springdale, Arkansas Provides Hope in the Aftermath of Tornado 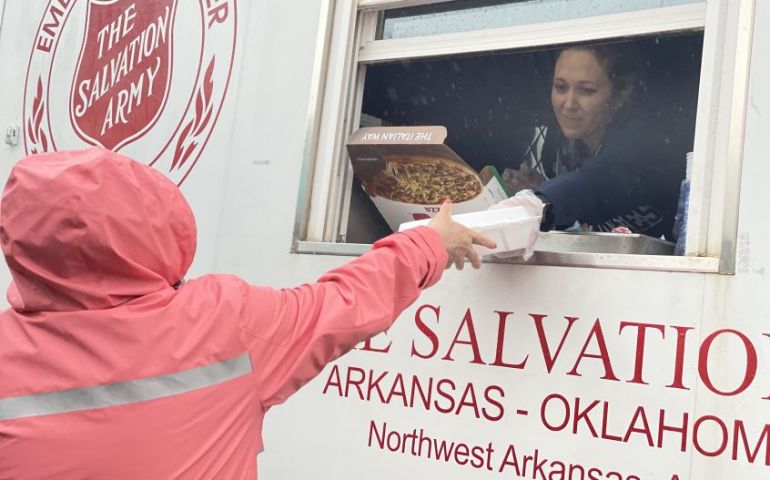 Fayetteville, AR (April 19, 2022) – After a tornado touchdown on March 30, The Salvation Army was quick to respond to those impacted in the Springdale, Arkansas region. Significant damage occurred where the storm hit with several families being displaced. Response efforts began early the next morning.

Over the course of the next few days, 1,155 meals, 826 drinks, and 1,375 snacks were served. Following the emergency response of providing food, hydration and emotional and spiritual care, The Salvation Army provided other assistance including cleanup kits, hygiene kits, and food boxes. Over 100 client interviews occurred and emergency financial assistance was provided.  In addition to the tangible responses, over 75 lives were touched with prayer and/or emotional care during the response.

Lt. Johnathan Flowers, Corps Officer for the Springdale Salvation Army, stated, “While we were able to provide financial assistance to those affected, our biggest asset was being able to provide a voice of calm and a spirit of hope to those trying to find a new balance in the aftermath of the tornado