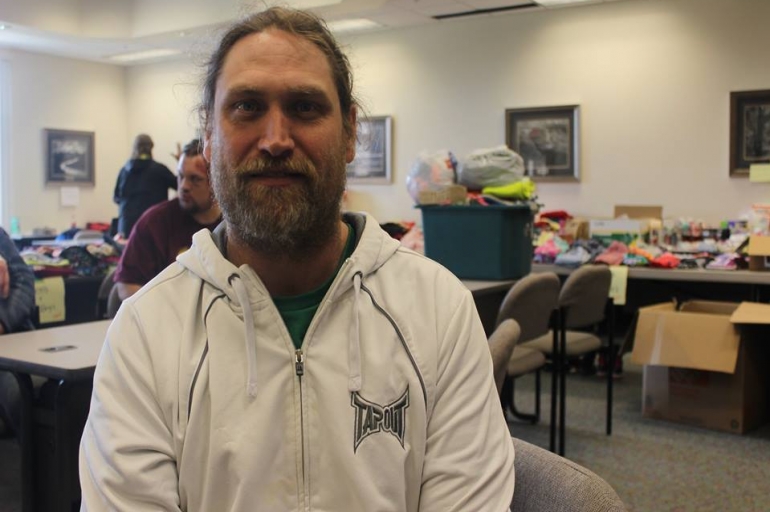 CHETEK, Wis -- Mike Candler was standing in his hallway when everything went black.

The next thing he knew, he was on the ground with a washer and dryer on top of him and he had insulation in his mouth.

“On my first breath I gasped really loudly,” Candler said. “It was a miracle.”

Then he said his survival mode kicked in.

“I kicked it off me,” he said. “I looked around and saw that my ceiling was now my floor.”

Candler was a resident in the Prairie Lake Estate Mobile Park in Chetek, which was hit by an EF-2 (120mph to 130mph) tornado. One person was killed and 25 people were injured.

Two days later, Candler is enjoying a meal at a temporary shelter, where The Salvation Army set up feeding operations and beds to support affected residents.

With a wrap around his knee, protecting fresh stiches, and scrapes all over his arms and legs, he said he feels like he has been beaten all over.

“All of my muscles are sore,” he said. “…I was the person who always said something like this wouldn’t happen to me. It’s so tremendously tragic and it happened so fast that it’s like an out of body experience.”

Looking back, Candler said he recalls getting out of his trailer and not seeing any other people.

Candler said he didn’t immediately know what to do.

“I was thinking, ‘they’re all dead or they need help now,’” he said.

Shortly after, Candler said he spotted a neighbor whose face was ‘ghost white’. Overcome with grief, she was pointing down at her friend trapped in the debris.

“I ran right over and helped pull her out,” he said.

In total, Candler said he helped rescue three 'muddy, bloody people’ and a dog. He said he would have done more, but by then the authorities had arrived and asked the survivors to leave the scene.

“I always said I wanted to be a part of something special – this has been the most special thing I’ve ever been apart of,” he said.