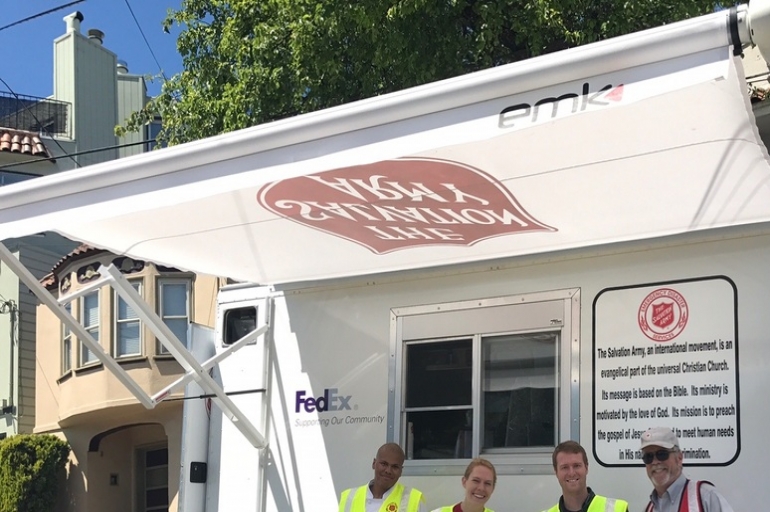 San Francisco, CA (June 14, 2017):  On Wednesday, June 14, The Salvation Army responded to the needs of those affected by a shooting that took place in the Potrero Hill neighborhood of San Francisco.

The Emergency and Disaster Services team headed to the scene near 17th Street and San Bruno to provide food and hydration for the police officers waiting to respond.  Several people were injured when an active shooter opened fire at the UPS building in the Potrero Hill area of San Francisco, prompting a massive police response and a shelter-in-place warning for the surrounding area.

Additionally, Salvation Army officers were deployed to provide emotional and spiritual care to people who had been present during the shooting, and counseling for families waiting for their loved ones.

“Our hearts and thoughts are with the families of those affected by this terrible tragedy,” said McKnight. The Salvation Army remains onsite cooperating with local emergency management agencies to provide for those in need.