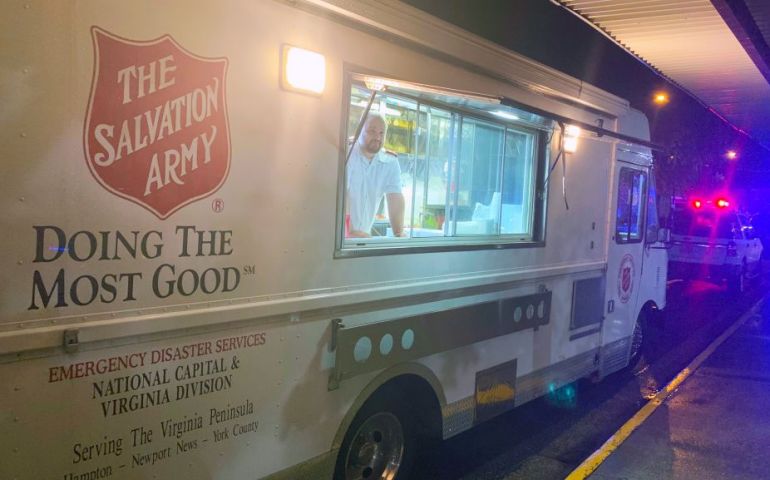 Virginia Beach, VA - The Salvation Army has dispatched local spiritual care personnel and a mobile feeding unit in response to the mass shooting that occurred Friday afternoon, May 31, at the Virginia Beach Municipal Center in Virginia. According to national news outlets, the incident is the 150th mass shooting in the U.S. so far in 2019 and the deadliest.

The Salvation Army Hampton Roads Area Command and The Salvation Army of the Virginia Peninsula have been onsite since late Friday night. At the request of local authorities, Salvation Army officers provided emotional and spiritual care to victims’ families at the Family Emergency Center established by the city. In addition, a mobile feeding unit was stationed outside the center.