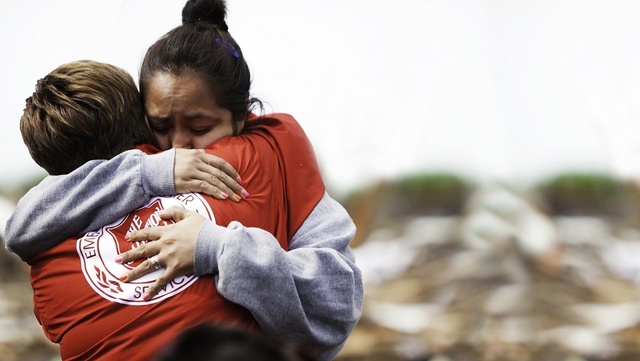 San Francisco, CA (June 16, 2017):  The Salvation Army was called by the Red Cross as one of several organizations asked to provide counseling services and emotional and spiritual care to the UPS community affected by the tragic shooting at the company’s facility in Potrero Hill on Wednesday, June 14.

Salvation Army officers are ordained ministers trained to provide grief counseling and emotional and spiritual care. “We do this kind of work on a daily basis,” said John McKnight, Director of Emergency and Disaster Services for The Salvation Army. “For over 130 years in San Francisco, we have been working with those who have experienced significant trauma. The population served by the Army often consists of individuals who have gone through lifelong trauma,” said McKnight.

Today, officers from various Corps or units throughout the city have been deployed to offer one-on-one assistance to those affected by the act of violence. “We feel grateful to be called to help and feel deeply for the community of UPS,” said McKnight. Having recently joined the board of the San Francisco Interfaith Council, McKnight also reached out to ministers throughout the city, some of whom are answering the call to serve.

The Salvation Army stands by the UPS community and will remain with them as long as help is needed.