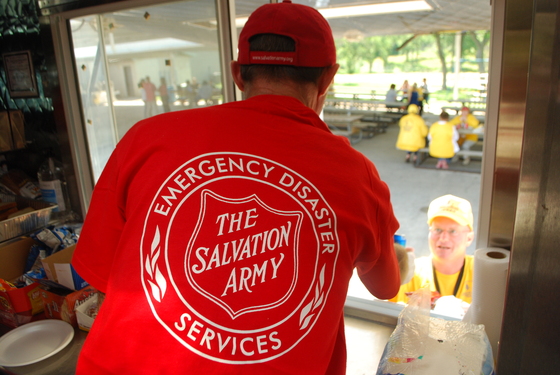 Governor Abbott has increased the State Operations Center to Level 3 - Increased Readiness – and Kathy Clark, The Salvation Army State Liaison, is in place in Austin at the State Operations Center. The State Feeding Task Force was also activated on Wednesday, of which Migues is the lead. Daily coordination calls will take place to provide for any mass feeding needs. Approximately 150 Search and Rescue personnel are being staged in Orange County, an area that has experienced widespread flooding in recent years.

“The Salvation Army will continue to closely monitor the developing situation as Tropical Storm Cindy slowly moves through the region,” said Migues. “Our Officers, staff and volunteers will remain on standby and prepared to respond wherever needed.”

For the latest information please go to www.disaster.salvationarmy.org and watch for regular updates on our social media pages at www.facebook.com/salvationarmytexas/ and www.twitter.com/salarmytx