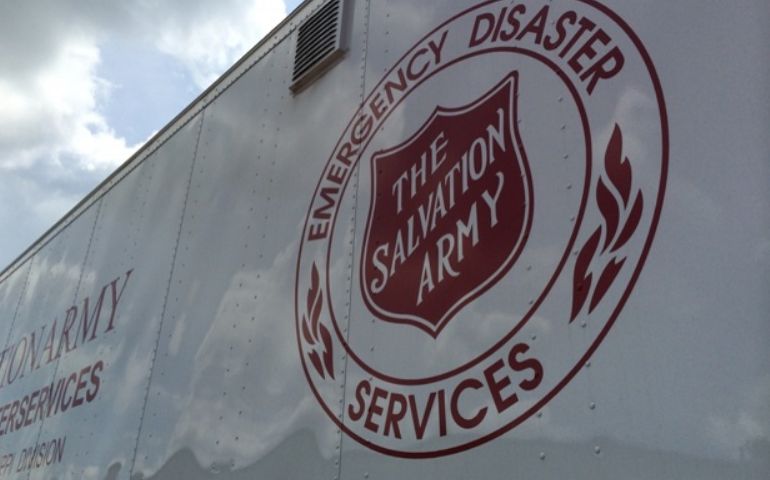 Lake Charles, Louisiana – In a disaster the size of Harvey, it takes more than one organization to help those in need. As the saying goes, “it takes a village”, in this situation, it took an army, and a navy. Rising waters flooded out two shelters in Southeast Texas near Orange leaving an unprepared elementary school as the only option for many evacuees. The school had no food, cots or blankets.

“We were contacted by our local television station, KPLC, who heard from the Cajun Navy, there were 250 people in a make shift shelter in West Orange, Texas with no food,” said Lieutenant Donna Watts, Lake Charles Corps Officer.

Lieutenant Watts decided she would deliver the food, but again, more groups would come together to make the food. Catholic Charities, the Carey Baptist Association, and the United Way pitched in volunteers to make meals for dinner and breakfast Thursday morning.

“I was able to take some time and provide and emotional and spiritual care to several of those in the shelter,” said LT Watts. “They are still in shock as you can imagine.”

While Lieutenant Watts was on site many evacuees and people rescued by local law enforcement were still being brought into the shelter. She says the plan is to bus those who want to go Lake Charles to a better prepared location.

“We are helping prepare meals in Lake Charles, so any one that has to evacuate here will have a place to sleep and hot meals,” said LT Watts.