Warning: session_set_cookie_params(): Cannot change session cookie parameters when session is active in /home/disast11/public_html/Connections/class_connect.php on line 120
 "Thank you. This is a God-send"
Text Size:

"Thank you. This is a God-send" 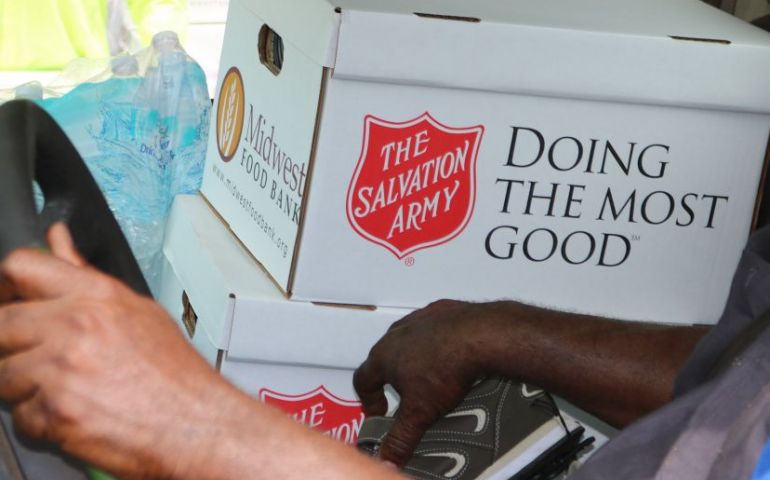 Beaumont, Texas (September 6, 2017) - “This is so wonderful, but I can only drink my meals,” Sherry said as the volunteers loaded her car with boxes of food and cases of water.

A life-long resident of Beaumont, Texas, Sherry waited in line for more than an hour as staff and volunteers manically filled the cars of Harvey survivors in front of hers. When it was her turn, she quietly and politely told the hot and tired volunteers that what she really needed was meal-placement drinks.

“I’ve been through plenty of storms in my 79 years, but never anything like this. This is just awful.”  Sherry had been trapped in her home by high-water for three days. When she was able to get out of her neighborhood, the stores – the ones that were open – didn’t have what she needed. “When I heard about you-all’s distribution, I knew I had to try.”

When her car pulled through the line, the volunteers placed her off to the side and called over Major Amy Edmonds.  Major Edmonds, currently stationed in Louisville Kentucky with The Salvation Army, came to Beaumont as part of the Emotional & Spiritual Care team for The Salvation Army’s Hurricane Harvey response in Texas’ Golden Triangle.

Major Edmonds spoke with Sherry to determine the need and the best way to meet it. With a better understanding of what Sherry’s condition required, Major Edmonds quickly found a solution among the donations, thanks to the committed volunteers who had spent hours sorting donations into different categories and neatly stacking them.

“Thank you! This is a God-send,” Sherry said with as much animation as she’d yet shown. Of course, she is correct.   It is because of the love of God and through His strength that The Salvation Army can respond to events like Harvey – giving hope with food…or food replacements.