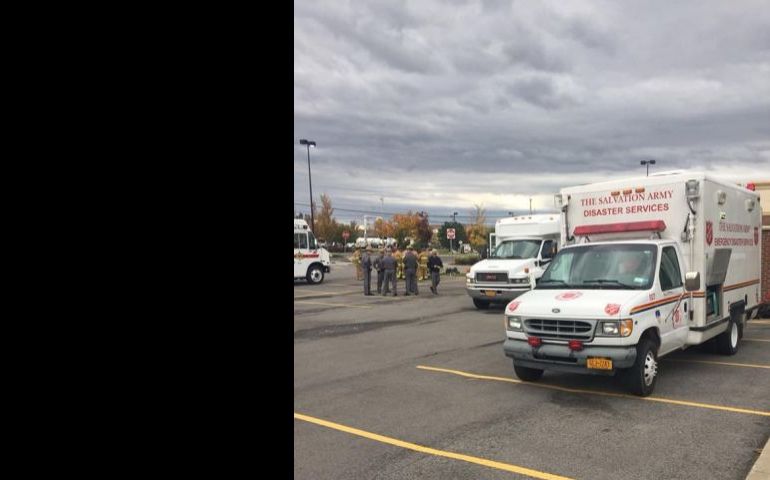 Niagara Falls, NY - The Salvation Army Emergency Disaster Services Teams based in Niagara Falls, NY (Niagara County) and Buffalo, NY (Erie County) and Divisional Headquarters responded to a serious hazardous materials incident at the Wegman's Shopping Center on Military Road in the Town of Niagara on Tuesday October 24,2017.   The teams provided canteen and hydration services to over 150 firefighters, emergency management personnel and police officers from across Western New York who were involved in stabilizing and then safety cleaning up an accident that occurred when a tractor trailer tank containing highly flammable liquid hydrogen struck a light pole.  Due to the nature of the spill, an area of 1 mile was cordoned off to allow for the safe remediation of the incident.

This incident was the first response for the newly formed Emergency Disaster Service Team in Niagara Falls, having just completed training in September.

"We pray that this team is not needed often. However, we will continue to train them and add to their numbers. We are thankful to our volunteers that were able to assist their neighbors and are committed to assisting other communities across Western New York in the future." stated Captain Stephen Carroll, Commanding Officer of the Niagara Falls Corps.