An Innovative Approach to Service in Puerto Rico 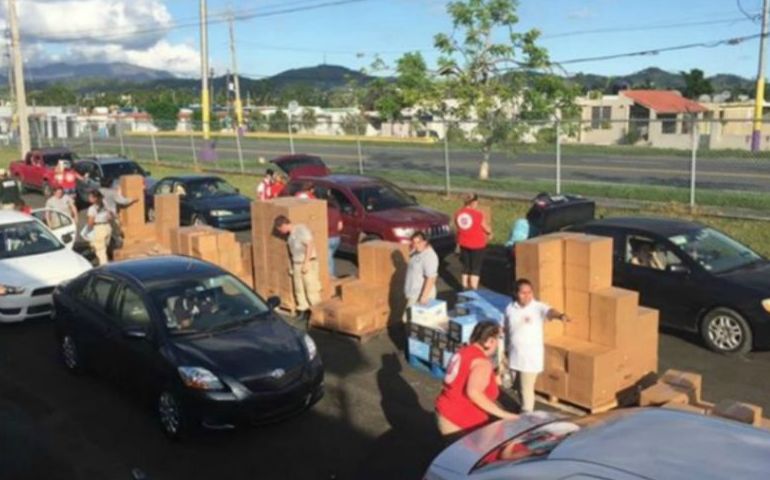 Puerto Rico (December 2, 2017) - The Salvation Army continues to use innovative approaches to serve the people of Puerto Rico. The team is currently focusing on many unreached peoples in the South Eastern division of the island.

On 12/02/17, The Salvation Army pushed out 27,500 meals & 27,888 bottles of water on Saturday. After distributing nearly five truckloads of food, a team of dedicated Salvation Army Volunteers, Cadets, Emergency Management University students, and Americorp Volunteers used a new approach to passing out meals and water. Today’s improvement consisted of a two-lane drive through distribution.  Things worked so smoothly, the team was able to distribute a lot of food, provideding meals to about six cars every 35-40 seconds.

In addition to the “drive-through” approach, another team of Salvation Army EDS volunteers went into previously untouched areas in the mountains and identified areas for service. These untouched areas will be high on the list for future distribution.

The Salvation Army will remain on the ground serving the people of Puerto Rico as long as necessary.  When you take into account the amount of water we distributed, Saturday was a one-day record for emergency distribution.