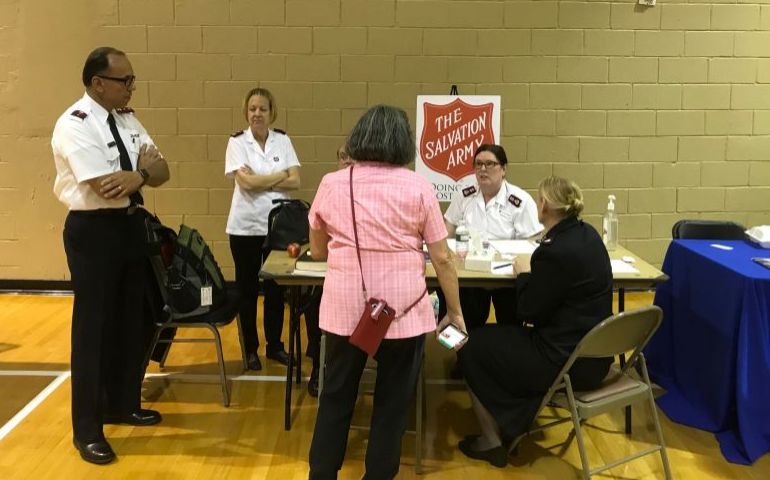 Broward County, FL –The Salvation Army has been providing financial assistance and grief counseling in the aftermath of the Marjory Stoneman Douglas High School shooting,

The Salvation Army is one of the many federal, state, and local agencies stationed within the Family Assistance Center (FAC) ready to help. Majors Keath and Candice Biggers, Fort Lauderdale Area Commanders, reported to the center when it opened on, Saturday, February 17th, where 192 families impacted by the shooting sought assistance.

“To see so many families come to the FAC on its first day was heartbreaking,” said Major Keath Biggers, we feel blessed that we are able to help them, whether it be financially or by providing prayer and comfort.”

Throughout the week, the team was able to provide over $35,000 in financial assistance and gift cards to those affected.  The most common requests included reimbursement of lost wages, transportation costs, rent or mortgage assistance, as well as funeral support.

The FAC is scheduled to close on Friday, February 23rd, but The Salvation Army will continue to provide services and will continue to strategize with other service providers for longer term support needs.