The Salvation Army Responds to Tornado and Wind Damage in Virginia 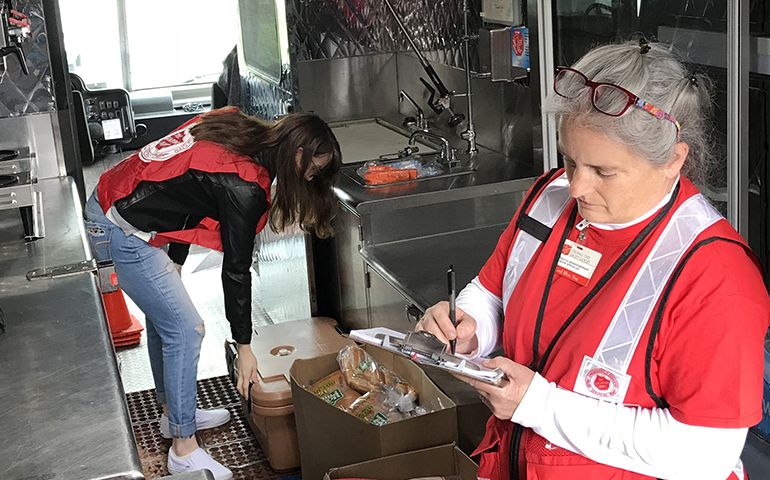 Strong thunderstorms beginning Sunday night have caused tornado and significant wind damage across Lynchburg and Danville in the south central region of  Virginia. The Lynchburg and Roanoke Salvation Army Disaster Teams will be providing nourishment and spiritual support to first responders and residents in the most affected areas. The Roanoke canteen will be deployed to the Elon and Amherst communities, while the Lynchburg canteen will be providing mobile feeding throughout the Lynchburg area.

"Our prayers go out to our community this morning, as it does each day. Our shelter is currently open for those who have been affected by the storms," said Captain Trey Jones, The Salvation Army of Greater Lynchburg. The Lynchburg Salvation Army is accepting donations of individual sized bottled drinks and non-perishable snack items for canteen, at 2211 Park Avenue.