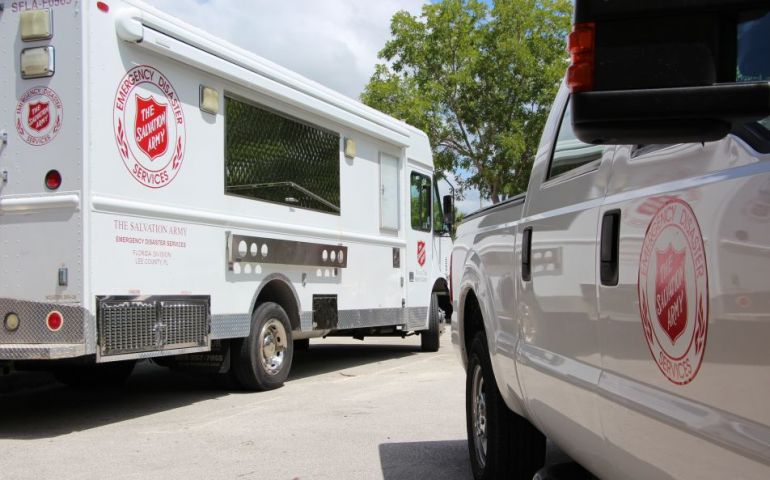 LUTZ, FL (September 10, 2018) – Having strengthened from a tropical storm over the weekend, Hurricane Florence is expected to increase in significance as it approaches the southeastern United States. As the threat to Florida’s coast has lessened, The Salvation Army will deploy mobile feeding units, staff, and volunteers from across Florida to assist areas where the storm is expected to make landfall in North and South Carolina.

“The units being deployed each has the capacity to serve 500 – 1,500 meals per day,” says Steven Hartsook. Salvation Army Director of Emergency Disaster Services.

“The Salvation Army prepares all year to be able to serve where needed. Individual and family preparedness is crucial in advance of a disaster, and we want to remind everyone that the time to prepare for the next storm is now,” says Hartsook.

The Salvation Army will also deploy a 53’ refrigerated feeding support trailer from Florida to North Carolina to assist with transporting food and drinks to affected areas.