Newport Middle School a Refuge for the Displaced in Carteret County 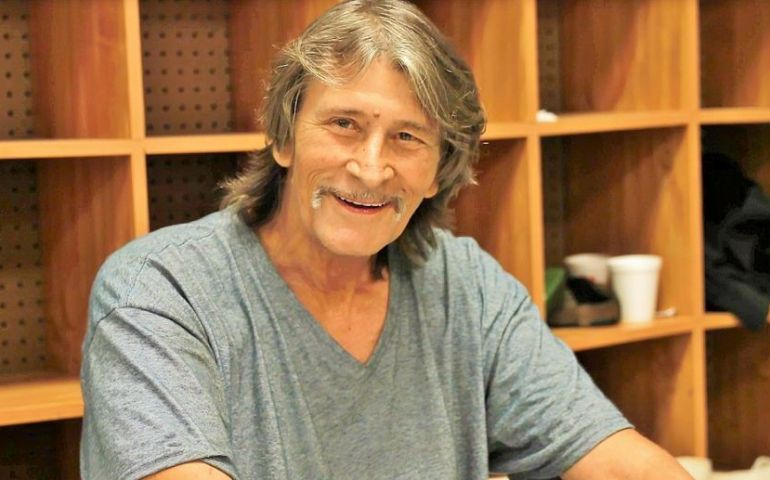 NEWPORT, NC (September 20, 2018) – For Carteret County residents like Rick Brandon, Hurricane Florence left them with nothing.

“I lost everything I had. What you see on me and right here, that’s what I have,” he says pointing to his shirt and few things on his makeshift bed on the floor of Newport Middle School. Brandon had to be rescued by boat from his home as the floodwaters rose. And, since then, this school has been his home, as well as the home for hundreds of others. In fact, when the school was built, it was constructed with the capability to be used as a shelter in such a time as this.

The Department of Social Services and the Health Department of Carteret County sprang into action quickly as Hurricane Florence made landfall to set up this shelter, and The Salvation Army has been there since the beginning. Volunteers from local churches have been lending a hand as well.

“People who were without power, who lost their homes, or in situations completely out of their control, they have come here,” said Major Stan Colbert, incident commander for The Salvation Army’s disaster response in Carteret County. “We’ve had in excess of 400 people here at this shelter. The Department of Social Services of Carteret County and the Health Department have been extraordinary because they’ve actually been the host of this shelter, and we have been able to help with feeding and emotional and spiritual care.”

Despite losing his home, car and belongings, Brandon says he is in “pretty good shape.”

“We live in a hurricane zone area. It’s gonna hit once every two or three years. The Salvation Army always helps,” he said. “They pick you up when you’re down. They take care of you. I barely had any clothing when I got here. They’ve helped me out, they make sure I get to stores, a doctor, whatever I need. And, food. Yeah, I think I’m gaining weight here actually!”

Without the shelter at Newport Middle School, Brandon would have nowhere else to turn. And, those circumstances are repeated throughout the school. These halls are accustomed to hearing the laughter of children during the school day. Now, they house cots and blankets, along with displaced people wondering if their homes will be inhabitable when they return.

The shelter at Newport Middle School has served those from all walks of life, and even has a separate section to take care of their pets. It has housed babies as young as three weeks and seniors as young as 103. And, all seem to have a positive mindset despite their circumstances.

“I came here because there was no electricity and I didn’t want to sit in the dark. It’s as simple as that,” said Reino Korhonen, a local resident and Vietnam veteran. “This place is really good. They’ve got good food here, and good company. Makes you feel at home here.”

It’s hard to fathom remaining positive in these circumstances. But, that’s what the comfort of a roof, three meals a day, prayer and a kind word can do. Losing everything can remind you of what’s most important. In fact, a poster has popped up where guests are jotting down things for which they are thankful. On the list: life, safety, food, shelter friendships, Jesus, and The Salvation Army.

“I just want to thank The Salvation Army for being there for me,” Brandon says. “When I was down at my worst, they were there for me.”

Brandon doesn’t know what’s next, but he has hope.

“Keep a smile on your face and a song in your heart, and you can pretty well get through everything.”