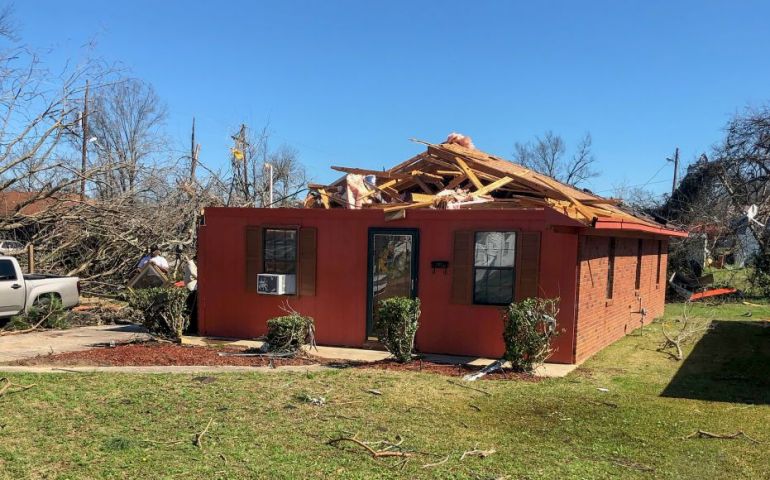 Columbus, MS (February 24, 2019)— The Salvation Army of Columbus, Mississippi distributed water and snacks to emergency responders after a tornado ripped through the town around 5:00 pm Saturday evening. “We gave them enough for their crews and an emergency shelter they were setting up,” said Lt. Christian Smith, Columbus Salvation Army Corps Officer. The snacks and water provided was enough for about 120 people. The storm caused one confirmed fatality and significant damage to the downtown area.

Donations to the relief effort can be made at http://helpsalvationarmy.org .