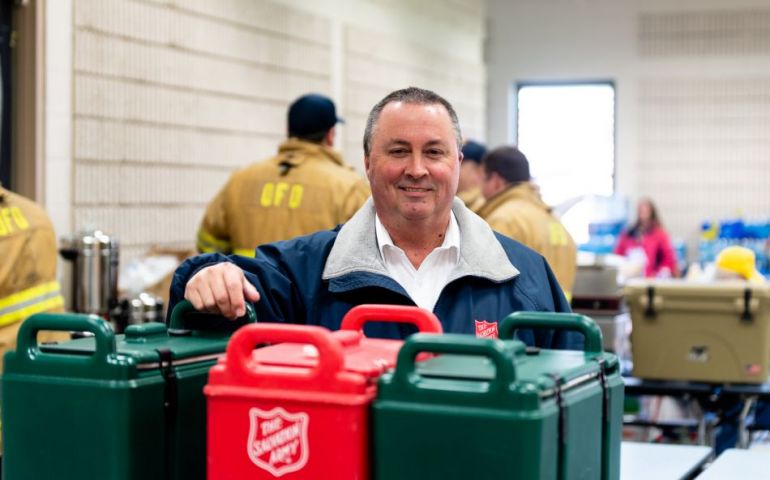 Opelika, AL (March 5, 2019)— The Salvation Army’s Incident Command Team responding to the recent tornadoes that devastated areas of Lee County continued to serve first responders today with food, hydration, and emotional and spiritual care. The Salvation Army team remained on standby today for service delivery to the public due to the continuing search and rescue efforts that are keeping the hardest hit areas non-accessible to relief crews until the search effort is completed.

“The Salvation Army is happy to be able to serve in Lee County. We look forward to going out into the Beauregard community to serve the people so affected by the tornado. We wish blessings on and our prayers go out for each and every person affected by the storm,” said Major Bill Shafer, Incident Commander. “We are also thankful for our many partners in service who have come out in support of this community,” he added.

To date, The Salvation Army has provided 700 meals, 100 drinks, and 670 snacks to the first responders of this disaster, who are doing such difficult and important work. The Salvation Army looks forward to serving the hurting community in the coming days as roads are cleared for the public. To donate to The Salvation Army’s tornado relief efforts, go to helpsalvationarmy.org.