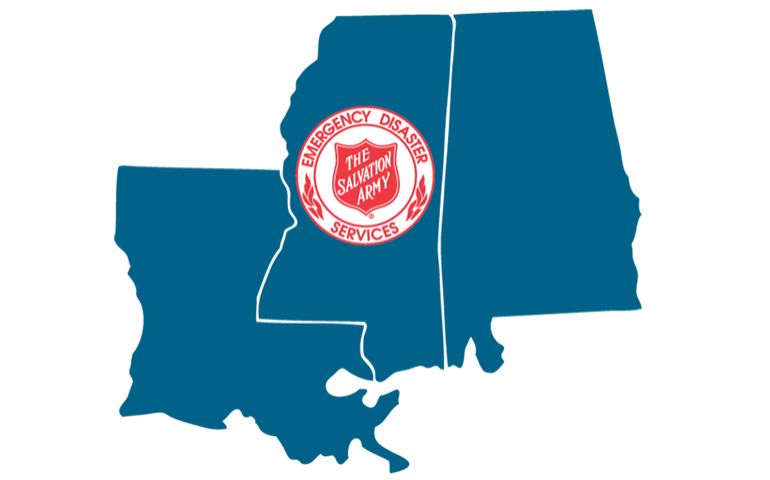 Jackson, MS (July 10, 2019)— As the first potential hurricane of 2019 brews in the Gulf of Mexico, The Salvation Army Alabama, Louisiana, and Mississippi Division disaster personnel are working closely with local and state emergency management officials to monitor the situation.

Severe thunderstorm warnings, tornado warnings, and localized flooding have already occurred in New Orleans. The National Hurricane Center is predicting similar conditions to continue over the next 48-72 hours as the system tracks along the coastline from Mississippi to Texas and many parts inland.