The Salvation Army Prepares to Respond to Tropical Storm Barry 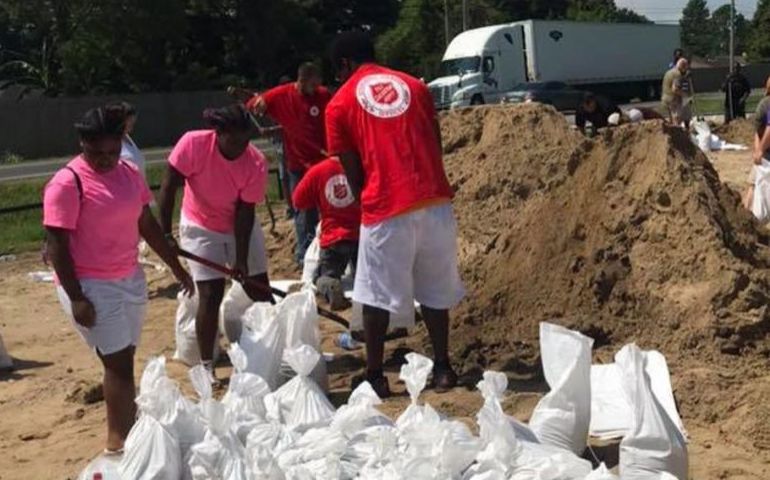 Jackson, MS (July 12, 2019) – Disaster personnel from across The Salvation Army Alabama, Louisiana, Mississippi (ALM) Division are gearing up to respond to the effects from what is predicted to be the first hurricane of the season. The National Hurricane Center has reported the tropical system is expected to make landfall in the next 48 hours producing heavy rainfall and flooding.

Preparation for this event began days ago when the ALM Division placed as many as 28 Salvation Army units on standby. These units are prepared, as needed, to provide disaster relief equipment and personnel to affected areas along the Gulf Coast and affected areas inland.  Service delivery will include the deployment of canteens stocked with meals, snacks and hydration and trained personnel to provide emotional and spiritual care. Each mobile feeding unit (canteen) has the capacity to provide anywhere from 500 to 1,000 meals per day.

To maintain situational awareness, The Salvation Army disaster personnel are working in close coordination with local and state emergency management partners which aids in the identification of the most affected areas and determination of entering that area when it is deemed safe to do so.

Terry Lightheart, the ALM Division Emergency Disaster Services Director stated, "Preparedness and partnerships are key to an effective disaster relief response and recovery. The Salvation Army seeks to "Do the Most Good" which includes providing much-needed resources to the communities where we serve in a time of need."

If anyone wants to help, we are not accepting in-kind donations at this time. To make a financial contribution please go to helpsalvationarmy.org.