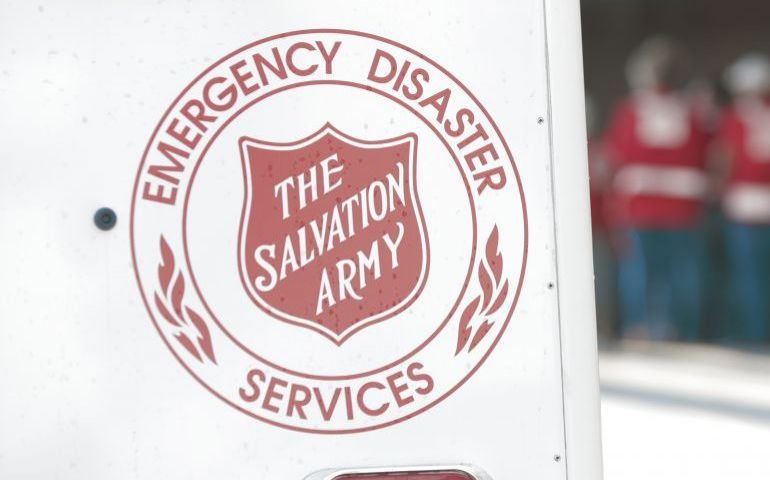 The Salvation Army is deploying disaster relief teams from the Caribbean and from around to world.

Nassau, Bahamas (September 11, 2019) - Salvation Army disaster relief personnel and volunteers are currently traveling to Nassau and Freeport to assist the existing teams in those locations as they continue to serve those impacted by Hurricane Dorian.

The Salvation Army Bahamas hurricane response team was activated before Hurricane Dorian arrived and has been actively involved in the response and relief efforts since the moment the ‘all clear’ announcement was made.  They are partnering with NEMA and are one of only two charitable organizations that the Government for the Bahamas has highlighted as organizations for the general public to channel their contributions through.

The immediate assistance has been to provide the essentials for life; food, water, clothing, personal hygiene supplies, and shelter.  The initial response focused on the islands of Grand Bahama and Abaco however due to the large evacuation of people from Abaco the response now includes sheltering and supporting evacuees in Nassau.

The Salvation Army has agreed to coordinate and manage the response for Rotary International through our Incident command center and is also partnering with Norwegian Cruise lines.  To date, the cruise line has provided approximately three-quarters of a million US dollars’ worth of supplies and support services.

To manage the relief efforts The Salvation Army is implementing an Incident Command Center in Nassau with a secondary Command Center in Freeport.  Due to the extensive damage in Abaco, the plan is to place a containerized office in Abaco.  An international specialist has been identified to assess and develop the rebuilding program in Abaco.

The disaster team has also determined that most of the persons impacted have post-traumatic stress concerns.  As such, special emotional and spiritual care teams are being implemented to support the evacuees in Nassau and those who remain on the impacted islands.

The Salvation Army has had a strong presence in the Bahamas, over ninety years in Nassau and over thirty years in Freeport, and will be involved not only in the immediate response but also in the long term rebuilding efforts.

To support Salvation Army disaster relief efforts in the Bahamas, please consider making a financial contribution at helpsalvationarmy.org or by phone at 1-800-SAL-ARMY.