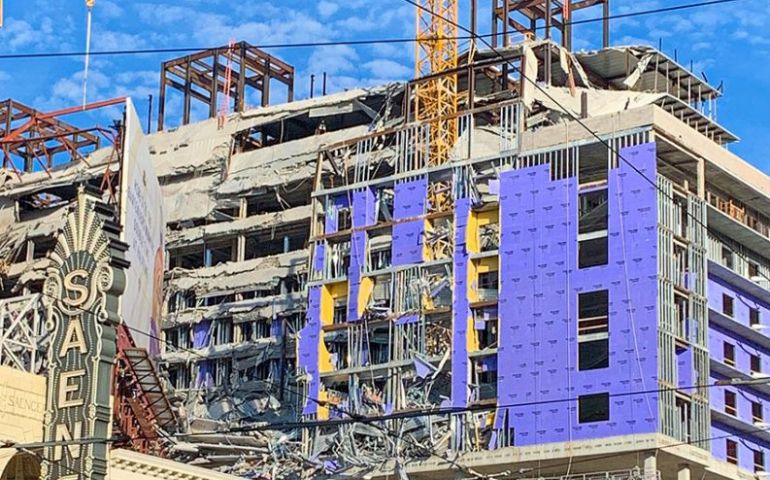 New Orleans, Louisiana (October 13, 2019) - A Hard Rock Hotel building that was under construction in downtown New Orleans partially collapsed on Saturday. Two deaths have been reported to date as a result of the collapse. An unconfirmed number of injuries have also been reported. The Salvation Army of Greater New Orleans was on hand to provide emotional and spiritual care to family members and loved ones who were standing vigil near the site on Sunday.

“I spoke with the families of those who passed away and prayed with all who wanted prayer. It is a privilege to be able to offer comfort to people who are hurting so much,” said Roy Fischer, Salvation Army Mission Specialist with The Salvation Army of Greater New Orleans. “Please join me in praying for the City of New Orleans, first responders, those who were injured, and the families of those who lost their lives in this horrible accident,” Roy said.

The cause of the building collapse is currently unknown.