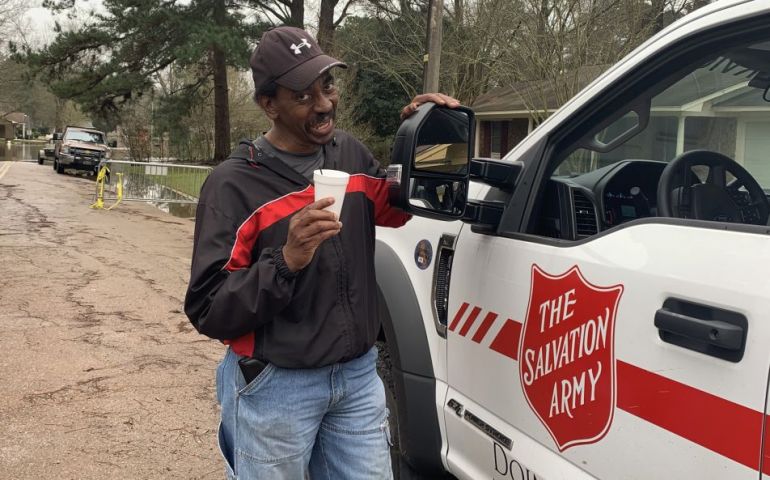 Jackson, MS: The Salvation Army of Jackson, MS is continuing response to the historic flooding that occurred this weekend when the Pearl River crested at 36.7 feet, the third highest level in recorded history. While flood waters are already receding in some areas, others remain submerged and are expected to remain so as rain continues to fall.

The Salvation Army is delivering coffee, snacks and hydration to first responders and community members affected by the flood. This bit of relief is a welcome respite for residents still waiting to know if their houses remain unscathed. Connie Joe Hontzas lives on a street that has not been cleared for reentry. While he can see the outside of his house, it will likely be a few days before he will be able to see the inside to determine if he has sustained any damage.

One resident, Deon Thompson, responded “We were thinking about coffee and how nice that would be, and there came The Salvation Army.” Thompson considers himself blessed as flood waters made it to his doorstep but did not enter his house. He remains concerned for his neighbors who weren’t as lucky especially with more rain predicted to fall this week. “I could see the relief in their eyes to know someone was here to help. I will always praise The Salvation Army.”