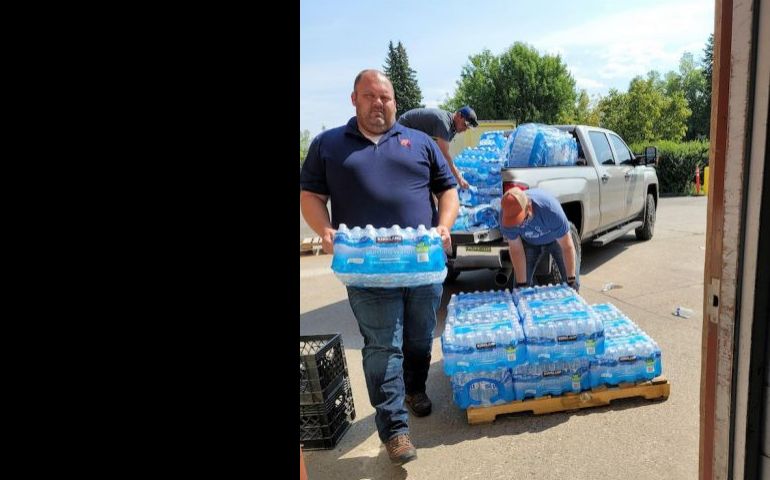 BOZEMAN, MT (September 5, 2020) – In response to Bridger Peaks Fire, The Salvation Army will assist dozens of first responders by providing hydration and snacks, including collecting and distributing donations. The Salvation Army is also on standby ready to support evacuees if needed.

The fire began Friday afternoon and on Saturday morning it had grown to more than 400 acres and is at 0% containment.

The Salvation Army is accepting donations for firefighters on September 5 from 1:30-5:00pm and September 6 from 1:00pm-5:00pm. Accepted donations include bottled water, individual sports drinks, non-perishable snacks such as trail mix, granola, beef jerky, and energy bars. Donations can be dropped off at the building that was previously The Salvation Army Thrift Store, 425 E. Babcock.

The Salvation Army is working with Gallatin County and Forestry Department and is ready to expand the response to include potential evacuees if needed. The organization is working with volunteers from Civil Air Patrol and The Church of Jesus Christ of Latter-day Saints to provide support to the County.

Emergency Disaster Services is one of the many services provided by The Salvation Army. In an emergency, The Salvation Army’s first goal is to meet the basic needs of first responders and those affected by the emergency. The second goal is to assist with the recovery, which can last for years.

For more information about The Salvation Army, please visit bozeman.salvationarmy.org