The Salvation Army Serves at Building Collapse in Southern Ohio 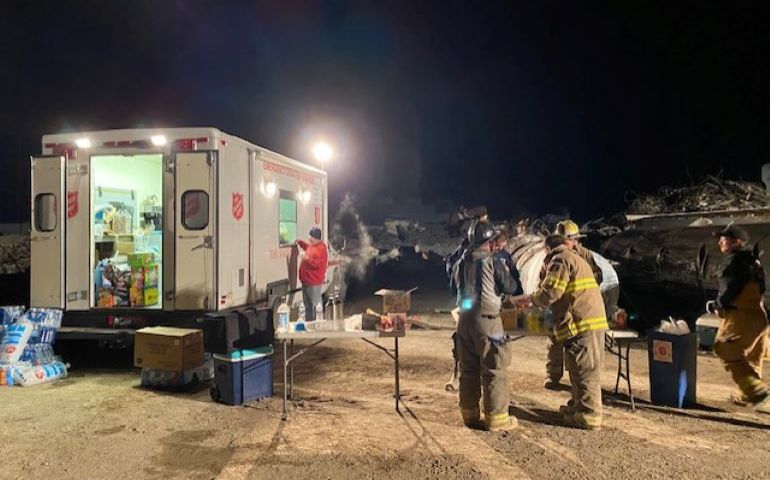 The Salvation Army continues serving first responders at they work at the site of a collapsed building in Adams County, Ohio where two workers remain missing.

The collapsed station closed in 2018 but has been undergoing demolition and remediation work as part of a redevelopment plan of the site. On Wednesday morning, the roof of the main building collapsed. Initially, three workers were unaccounted for, but on Wednesday afternoon, one of the three was rescued, leaving 2 individuals unaccounted for. Search and Rescue teams from several neighboring counties have responded to assist, but as of the writing of this article, they remain missing.

According to Major Bob Klenk, the on-scene Salvation Army commander, “The community has come together and as a part of this community, we are doing what we can to help.” He added, “Even during the busyness of Christmas, The Salvation Army continues to meet the needs of our communities, whatever they are, at some of their darkest hours.